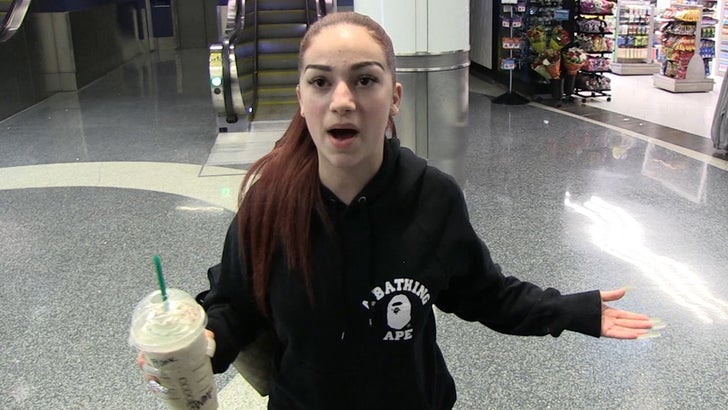 Danielle Bregoli thinks Logan Paul should be ashamed of himself for posting a video of a dead man in which Logan appears to laugh at the situation ... and she doesn't accept his apology one bit.

We got the freshly-minted rapper Tuesday night at LAX and she took aim at Logan, calling him "disgusting" for first talking about depression as a fatal illness as a body hung from a tree in the background ... then letting out a laugh.

The 14-year-old thinks Logan might've been able to escape the fiasco unscathed had he not laughed ... but he did, and she's sickened.

And even though he apologized twice, it sounds like she's still not forgiving him ... how 'bout dat?!