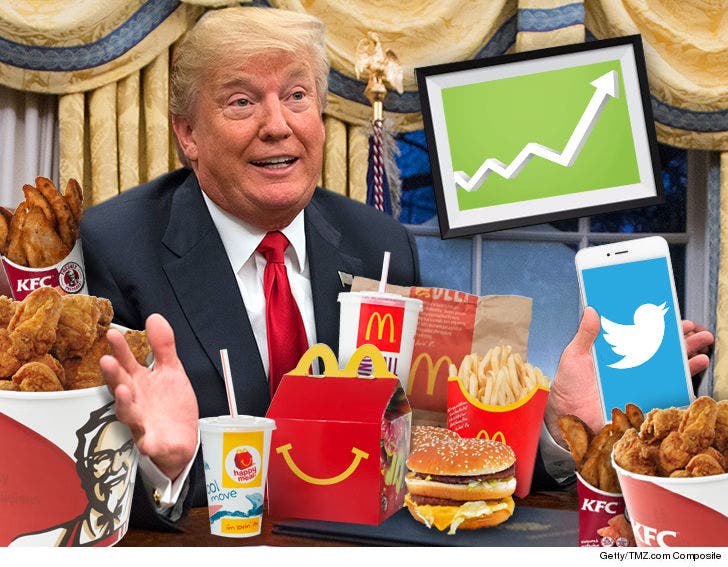 In case you haven't heard -- especially from him -- Donald Trump's first year in office has been great for the stock market ... but 3 companies in particular have benefited bigly from their association with the Prez.

Mickey D's has seen the biggest boost so far during Trump's time in office -- its stock has risen 44% over the past year. 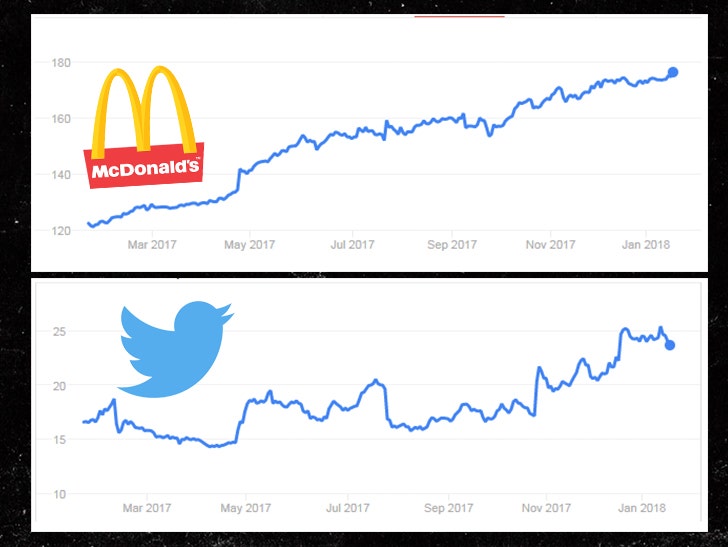 Twitter's close behind with a 42% increase, and many argue the Prez's usage of the social media platform is keeping it in business.

As we reported, Trump's physical this week "went exceptionally well" ... but he did discuss dieting with his doctor.

Gotta think 2 of these companies are rooting against that.