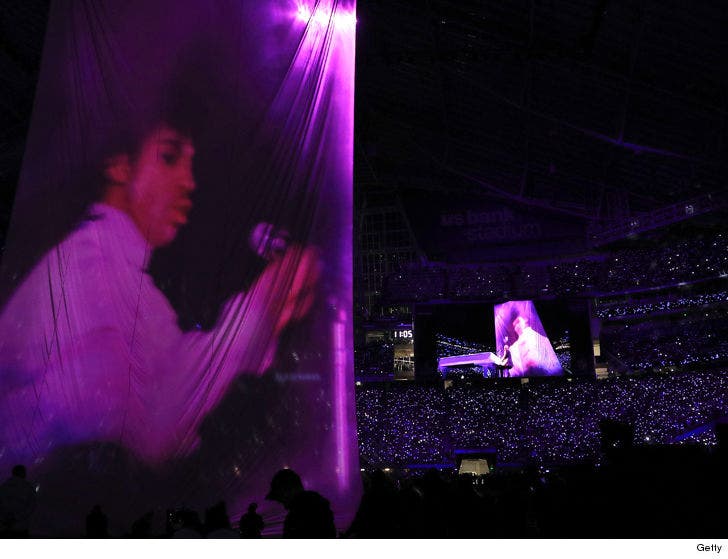 Justin Timberlake followed through on his plan to honor Prince during his Super Bowl halftime show ... projecting a video of the late singer instead of a full-blown hologram.

Justin Timberlake under fire after giving a tribute to Prince during the SuperBowl Halftime Show despite Prince's public statements against Timberlake and Prince's strong beliefs against technology like the one used to present Prince as a hologram. #Prince pic.twitter.com/z1tqRQHPiP

JT paid tribute to Prince about halfway through the show with a partial cover of "I Would Die 4 U" -- during which Justin was on piano, and Prince's image appeared on a giant flowing sheet behind him.

As we reported ... Justin was expected to use a straight up hologram during the performance. We were later told it would simply be a video projection of Prince rather than a hologram ... and it looks like they stuck to that.

Prince's ex, Sheila E., and his brother, Omarr Baker, both objected to a Prince hologram and assured fans this weekend that one would not appear.