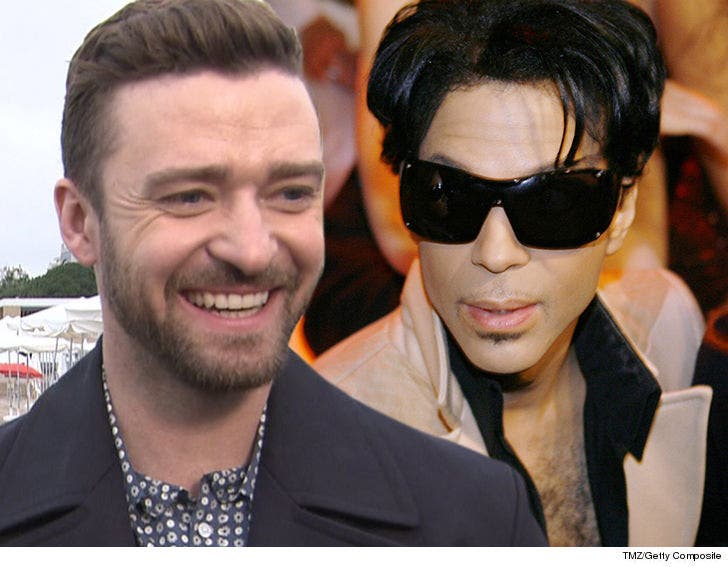 Prince wouldn't be pissed at Justin Timberlake for using his image and voice during the Super Bowl halftime show, at least according to Prince's sister ... who wants JT's haters to back off.

Tyka Nelson tells TMZ ... she was pleasantly surprised by Timberlake's performance, and even enjoyed his controversial Prince tribute. She and the rest of Prince's family knew he was planning to sing, "I Would Die 4 U," but says they weren't aware he was doing the video projection.

As for the backlash -- Tyka says everyone has their own idea of what Prince would have wanted ... so, it's an impossible position for Justin.

Justin Timberlake under fire after giving a tribute to Prince during the SuperBowl Halftime Show despite Prince's public statements against Timberlake and Prince's strong beliefs against technology like the one used to present Prince as a hologram. #Prince pic.twitter.com/z1tqRQHPiP

Tyka added her brother was outspoken, but wasn't one to hold grudges ... referring to the old beef between Prince and JT's beef over "Sexy Back." As she put it, "He said what he said and kept it moving."

Of course, one of the things he said was he hated duets between living and deceased artists. He called it "demonic" ... which doesn't sound like he'd be all that forgiving.

For her part, Tyka ain't trippin' ... and neither is JT, apparently.