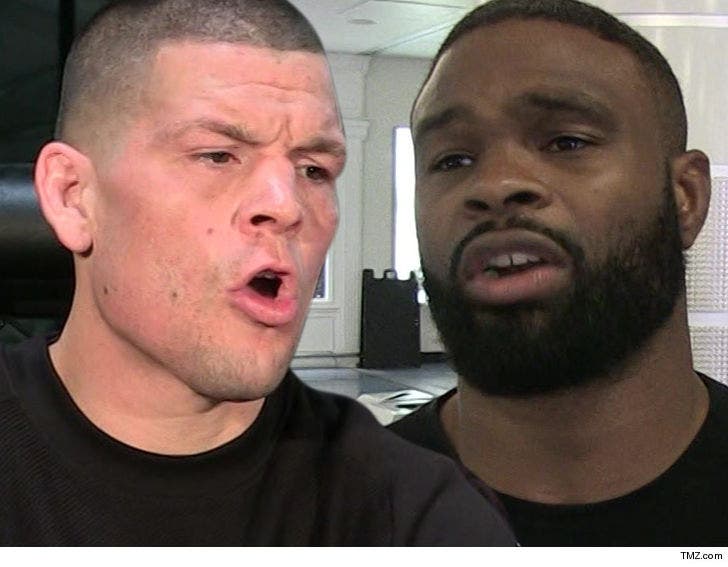 Nate Diaz is finally ready to fight Tyron Woodley -- saying, "I see him on TMZ every week, talking about me. I'm like, 'What the f*ck?'"

Diaz spoke with ESPN's Brett Okamoto and Nate was asked when we'd finally see him return to the octagon -- since he hasn't fought since the Conor McGregor rematch in 2016.

That's when he brought up Tyron ...

"I'm getting to the point where I'm sick of not fighting. I'm not getting any younger ... I put that tweet out saying I wanted to fight in May or June, but I didn't say who because I was weighing my options. And now, Woodley is my best option."

Tyron had previously said he was offered the Nate Diaz fight at UFC 219 but Diaz refused to sign the contract. Tyron's been calling Nate out on his show, "The Hollywood Beatdown" -- which drops every week on the TMZ Sports YouTube page.

"I see him on TMZ every week, talking about me. I'm like, 'What the f*ck? If that's what you want to do.' It's not really my weight class, but I'm with it," Diaz said.

"I think it's my title we're fighting for. If he's the one calling me out, whose title are we fighting for? Who's the real champion here?"

The newest episode of "The Hollywood Beatdown" drops on Friday -- don't miss it. 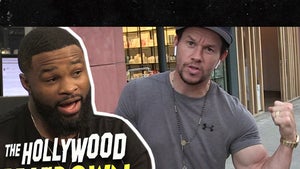 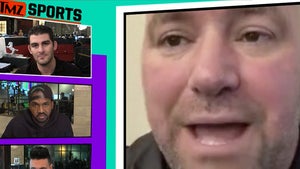