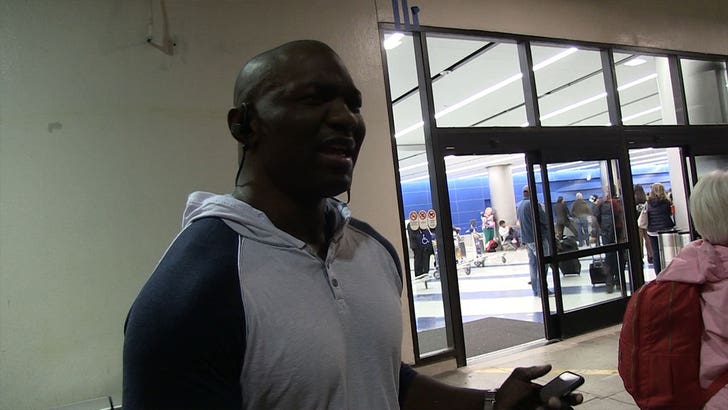 Why did WWE superstar Shelton Benjamin fear his life was in danger when he found a LOADED GUN in the glove compartment of his Budget rental car?

"Me being a big black guy in a car with a gun in it? There's no way that scenario ends well for me if the cops come."

Yeah, that REALLY happened to Shelton last week in Kansas City -- where he discovered a loaded Ruger pistol with a spare clip that somebody else had left in the glove box.

Shelton says his mind raced when he first saw the gun -- wondering if it was used in a crime and if cops would wrongly think it belonged to him.

But Shelton handled things the right way -- saying he called police immediately and explained the situation ... and cops were cool when they came to collect the weapon.

In fact, cops told Shelton they see similar situations with guns left in rental cars "all the time."

We reached out to Budget for comment -- so far, no word back.

Hopefully, Shelton gets some free rentals out of the situation ... 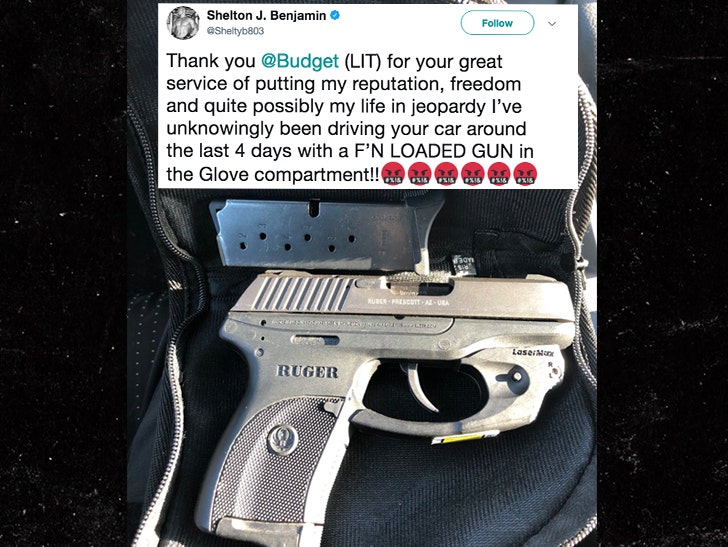