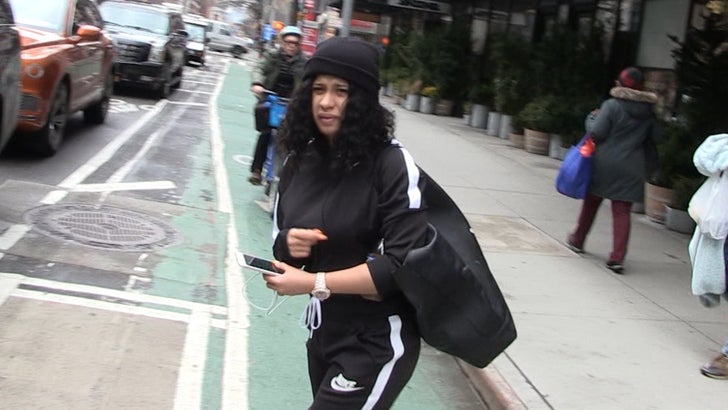 Cardi B's not ready to say if she's pregnant, but she's also not gonna say she isn't.

We got the rapper leaving her hotel in NYC Friday morning -- presumably to catch her flight to L.A. for NBA All-Star Weekend -- but she waved off any talk about babies on board. 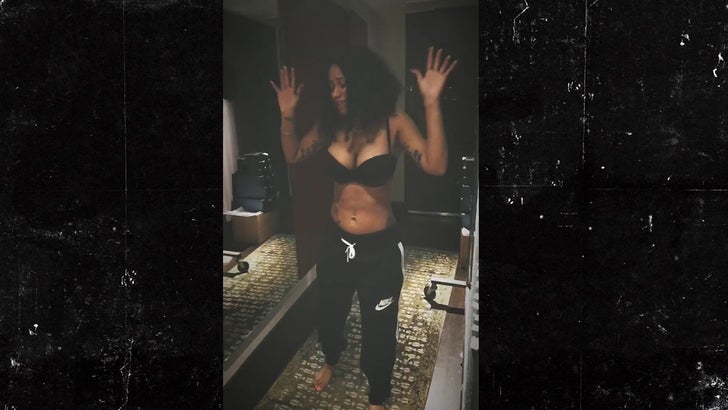 But here's something ... Cardi also posted a vid of herself dancing in a bra and sweats Friday -- apparently, the same sweats we saw her in -- and she certainly doesn't look 3 to 4 months pregnant like one of her people told a staffer at a Super Bowl party.

Cardi does tell us one thing, though -- she's excited for All-Star Weekend ... and doesn't seem concerned at all about any issues with the Crips. 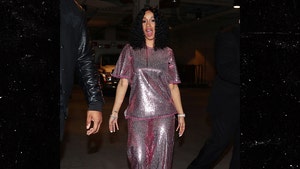 Cardi B Shimmers in Sequin Outfit at Madison Square Garden 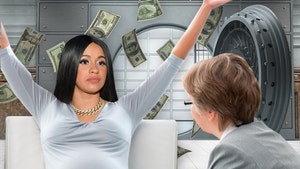 Cardi B Pregnancy Could Cost Her Lots of Money