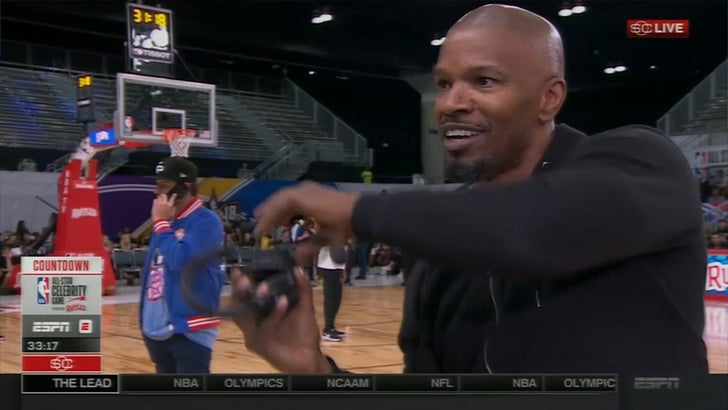 Jamie Foxx was NOT having it when he was asked about Katie Holmes on ESPN -- and straight-up walked away from the camera during the live interview.

Foxx was on "SportsCenter" talking with Michael Smith -- and everything was cool when they were talking about the All-Star Celebrity Game during NBA All-Star weekend in L.A.

But when Smith asked if Foxx prepared for the game by hoopin' around with Katie Holmes -- Foxx took off his headset and walked away ... refusing to even acknowledge the question.

Foxx and Holmes have been VERY private about their relationship -- refusing to "go public" despite the fact everyone seems to know they're together.

Smith tried to play the whole thing off ... but it was awkward. 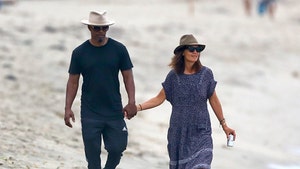 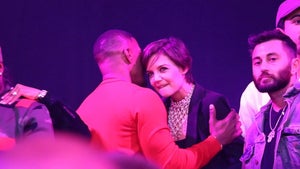