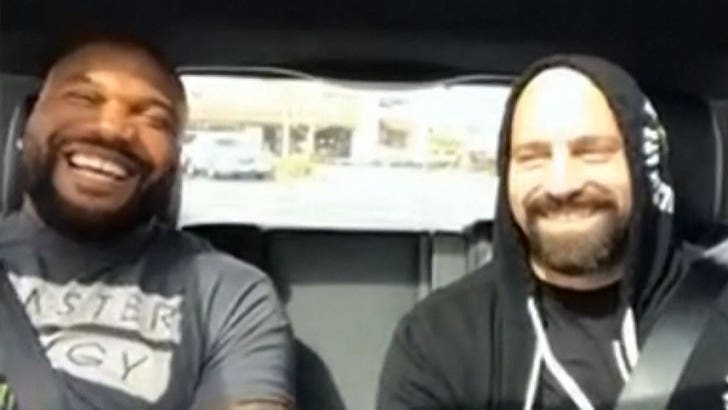 MMA star Rampage Jackson says he came thiiiiis close to getting his manager, Tiki, a hoopty Range Rover at the used car lot ... before deciding to be a boss and drop a small fortune!

"I was thinking about going the cheap route ... you almost had a used one!" Rampage said to Tiki. "But then I was like, 'nah man, I can't cheap out.'"

FYI, the new Range was a surprise bday gift -- after Tiki negotiated an epic new contract with Bellator. 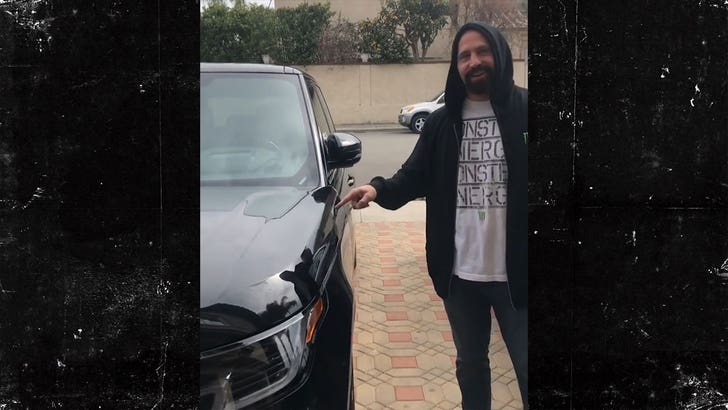 When we saw Rampage's video of the big reveal, our car guy (yeah, we have one of those) estimated the whip would run him at least $100k in the hole. Turns out, it was almost 130 RACKS!!

With that price tag, ya gotta think Rampage's deal was in the mils -- but Tiki wouldn't spill the beans.

He did walk us through getting the Range, though ... and it's pretty great. 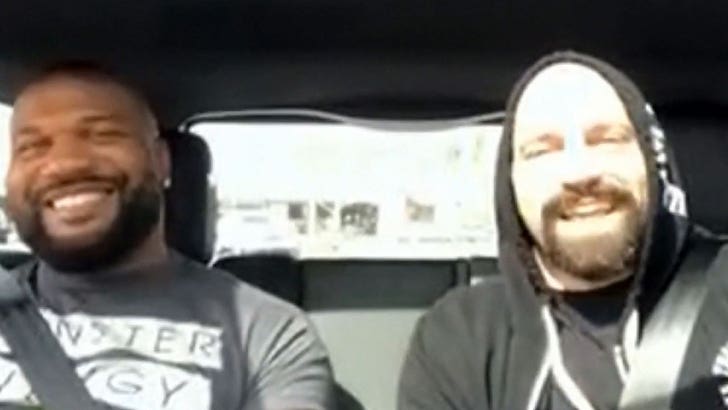 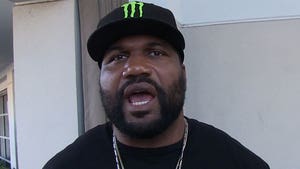 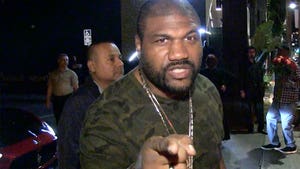