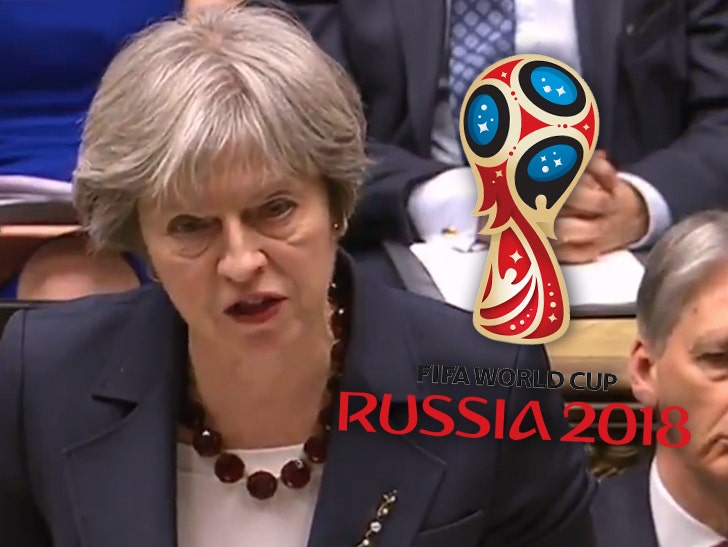 U.K. prime minister Theresa May just laid down the gauntlet to Russia -- saying NO members of the British government OR the royal family will attend the World Cup over a chemical attack on a double agent living in England.

May is FURIOUS over the attack on Sergei Skripal -- a former Russian spy who was jailed in Russia in 2006 for selling state secrets to British intelligence officers.

He was released in 2010 as part of a spy swap -- and was living in England. He was being visited by his 33-year-old daughter, Yulia, when they were both poisoned in an attack British officials are blaming on Russia.

May has already expelled 23 Russian diplomats from the country -- and has blocked Russian Foreign Minister Sergei Lavrov from his upcoming planned visit to Britain.

But, May REALLY let the Russians know she's pissed when she called off plans for high-ranking British officials and Royals to attend the 2018 World Cup in Russia.

Theresa May says the U.K. will suspend high-level bilateral contact with Russia and that the royal family won't attend this year's World Cup pic.twitter.com/jIXL7p7Gou

"There will be no attendance by ministers or indeed members of the royal family at this summer's World Cup in Russia," May proclaimed in a speech to Parliament.

It seems the England team will compete as scheduled -- but those plans could change, too ... and that would be a HUGE deal in the U.K. where soccer is life. 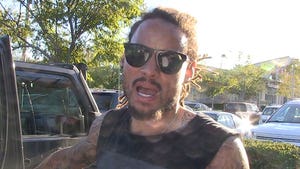