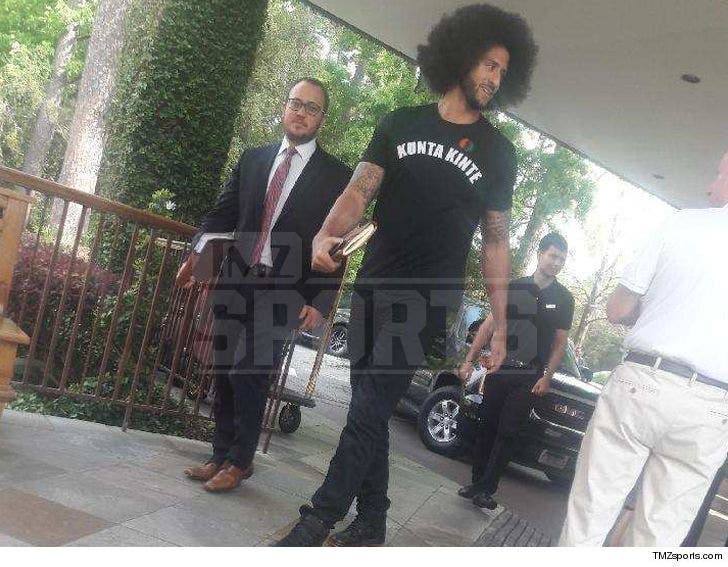 Colin Kaepernick sure seemed to be in a good mood in Houston on Friday -- after personally attending the deposition of Texans owner Bob McNair in his collusion case against the NFL.

TMZ Sports obtained a photo of Kaep after the depo with his attorney, Ben Meiselas -- with some extra pep in their step.

As we previously reported, Kaepernick had filed a grievance against the league claiming owners and other high-ranking NFL officials were in cahoots to blackball Colin after his national anthem demonstration.

Kaepernick had arrived in Houston earlier this week -- and even knocked out a QB workout with his trainer.

As far as the case goes ... McNair isn't the only big name on the witness list -- Kaep's legal team from Geragos & Geragos also subpoenaed Seahawks owner Paul Allen and coach Pete Carroll along with Jerry Jones and Robert Kraft. 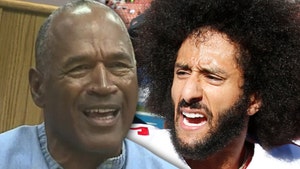 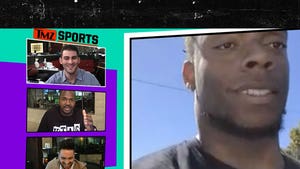