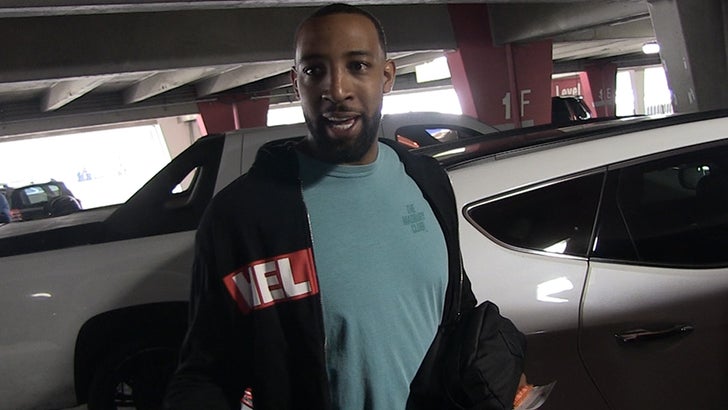 Here's former NCAA stud Derrick Williams answering a question that always gets asked -- but to some here at TMZ Sports, it doesn't make any damn sense.

We got Williams at LAX and after talking to him about the turmoil his Arizona Wildcats program is going through -- we wanted to know if he thought Villanova could beat an NBA team.

Before you drag our camera guy, we should say this came after 'Nova obliterating Kansas in their Final Four matchup ... looking every bit like the most dominant team in COLLEGE basketball.

Obviously, Derrick understands that COLLEGE hoops is a different game than the pros, because he says "No way" ... which is obviously the right answer.

BTW ... the worst team in the league right now is the Phoenix Suns, and they're pretty bad so MAYBE if 'Nova got hot from 3 ... they could lose by 30 instead of 40.