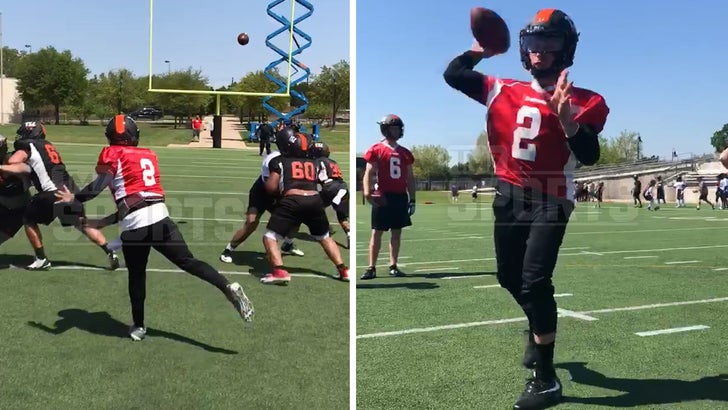 Johnny Manziel was killin' it at Spring League practice on Wednesday -- throwing strikes, reading defenses and impressing coaches and teammates ... and TMZ Sports has the video.

Manziel's "Team South" was practicing in Austin, Texas for their league opener on Saturday -- and he definitely looked like he belonged out there with some very talented teammates.

Among the players on Manziel's team -- Ben Tate, former 2nd round draft pick who played for the Houston Texans and Cleveland Browns.

His tight end is Chase Ford -- former Miami Hurricanes TE who played for the Minnesota Vikings. One of his WRs is former Baylor All-American Antwan Goodley.

Manziel will have 2 games to showcase his skills for NFL scouts -- hoping a pro team will take a chance on him for the 2018 season. 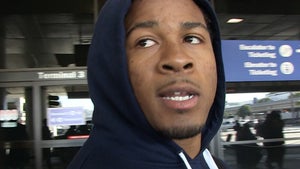