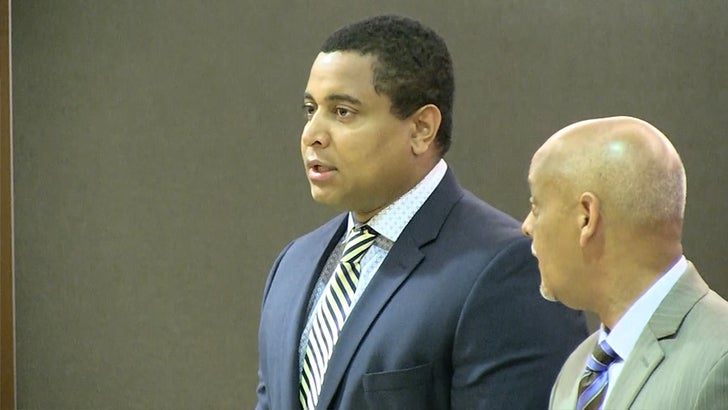 Dressed up in a suit and tie, ex-NFL player Jonathan Martin appeared in an L.A. courtroom Wednesday to face the judge in his weapons case ... where he allegedly threatened to shoot multiple people.

Martin had been charged with 4 counts of making criminal threats and 1 count of possessing a loaded firearm after posting a cryptic message aimed at former NFL teammates and high school classmates.

The message showed a picture of a gun and bullets and said, "When you're a bully victim & a coward your options are suicide, or revenge."

Cops tracked down Martin hours after the post -- who was allegedly carrying a loaded gun, knife and ax -- and took him into custody. He was then placed into a mental health facility for evaluation.

A judge had previously approved Martin to leave the facility -- but ordered him to wear a GPS device and alcohol monitoring anklet.

On Tuesday, Martin appeared in court where a preliminary hearing was set for May 14. We tried speaking with Martin outside of the courtroom, but he clearly wasn't in the mood.