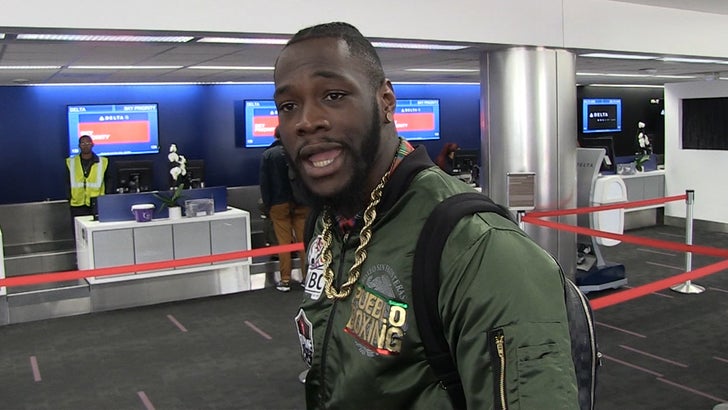 Deontay Wilder tells TMZ Sports he's offered CRAZY money to Anthony Joshua to make their mega-fight happen, and if Joshua passes, it's proof the Englishman is a COWARD.

Joshua had previously said he'd have no problem fighting Wilder for $50 million dollars upfront ... a demand so crazy that some thought it was his way of backing out of the fight.

It might have backfired, because when we got Deontay at LAX he told our guy they put the money together, and sent over a deal to Joshua's promoter Eddie Hearn.

"I just sent them what they wanted. They said they wanted 50 mil ... and he'll fight, you gotta be a man of your word."

Wilder says the fight would take place in the United States -- after all, his side is putting up all the money -- and insisted the ball is now squarely in Joshua's court to take the fight or not. 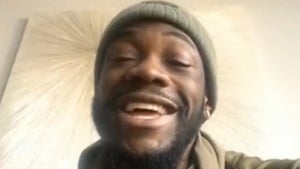