Zayn Malik's got a shaved and tatted skull -- but even that's upstaged by the fact he's apparently back with Gigi Hadid and doing some serious PDA.

The exes were all over each other Sunday in NYC. The scene, combined with Zayn's new look, would normally draw attention ... but it especially does now, because they announced their split last month.

It kinda came outta nowhere -- after 2 years together -- it's not surprising they decided to rekindle things, and it looks like they're picking up right where they left off.

When they broke up, Gigi did say, "As for the future, whatever's meant to be will always be."

Looks like their lips have a few things to say about that. 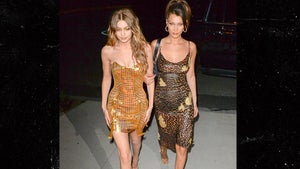 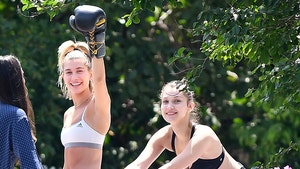 Bella Hadid and Hailey Baldwin Go in on a Boxing Workout