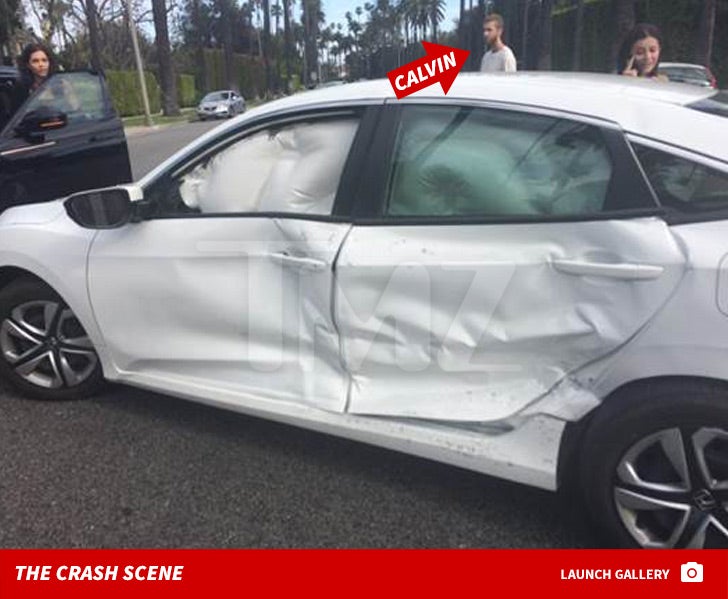 2:14 PM PT -- A source close to Calvin is disputing how the accident went down ... telling us the Honda was pulled over at the side of the road and appeared to be stopped. Our source says without warning, the Honda pulled into the lane Calvin was traveling in and struck the Range Rover -- leaving no question that it was the other vehicle's fault.

Calvin Harris and his girlfriend, Aarika Wolf, slammed into another car this weekend, leaving a couple of young ladies injured.

Eyewitnesses tell us Calvin's girlfriend, Aarika, was behind the wheel of a Range Rover on a residential street Sunday in Bev Hills ... behind a Honda with 2 girls in it. The Honda driver started to turn left into a driveway. We're told Calvin's gf didn't slow down and plowed into the left side of the car, making it spin out and setting off the airbags. The cars ended up facing each other.

Cops were called and insurance information was exchanged. We're told the Honda passengers complained neither Calvin nor Aarika asked if they were okay.

The famous couple was invited into a nearby neighbor's home as they waited for their ride -- an SUV eventually came by to pick them up. Both cars in the wreck ended up getting towed ... and we're told the two girls are now experiencing pain, and plan on filing a police report.

BTW ... this ain't Calvin's first car crash in L.A. He got into a nasty accident a couple years ago near Coldwater Canyon, which sent him to the hospital. 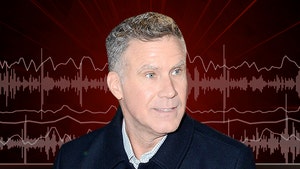