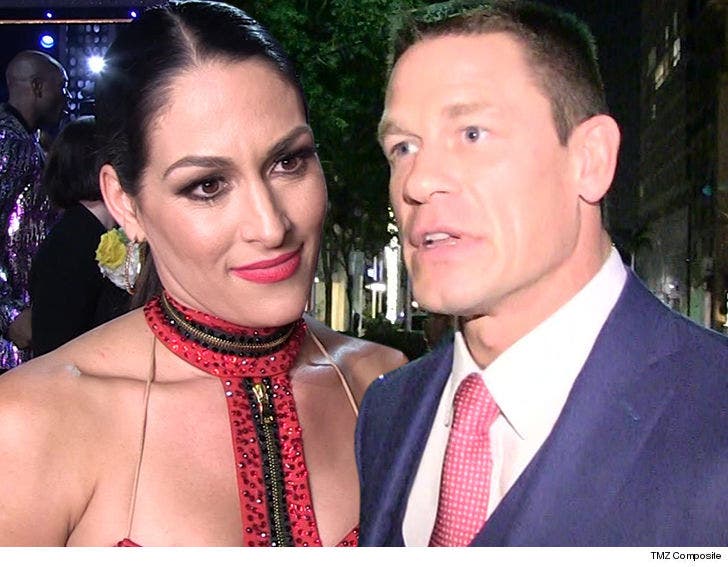 John Cena's very public campaign to win back Nikki Bella is working, but she's still not ready to seal the deal with the wrestling/movie star.

Nikki tells TMZ, John's public hand-wringing -- including posting a photo of John Cusack holding the boombox over his head in the film "Say Anything" -- has convinced her his change of heart about wanting kids wasn't hollow. She says, "I believe 100% he wants kids. It makes me want to run back and jump into his arms."

She says she believes he's now sincere that he wants children ... which was the deal breaker that caused her to break up with him. Until this week, Nikki believed she had forced John to say what she wanted to hear so she'd take a walk down the aisle.

Here's the problem ... Nikki says it's kind of been like a Pandora's Box. The conflict over children has raised issues in her head about the relationship. She says, "I care about him and love him a lot," but now she has to do some serious thinking about the turn in their relationship and feel if it's still right.

She says she's really hurt by the buzz that the whole conflict -- and even the relationship -- is fake to goose ratings for her reality show and John's career. She says, "A lot of people get married for publicity. I'm not like those reality show people. I don't want to be hesitant. I want to do what my heart says."

Nikki says she has no idea what she'd say if John comes face-to-face with her and begs her to marry him. She says, "I'm a girl who lives in the moment and I honestly don't know what I'd say."