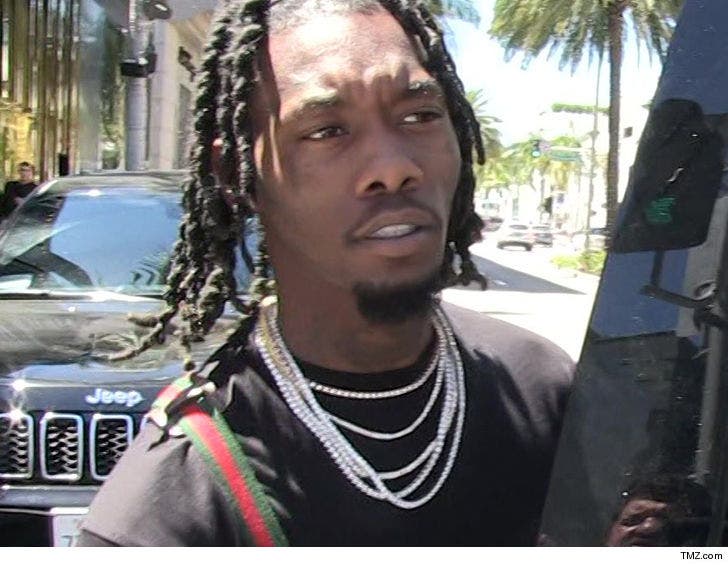 Offset's wrecked sports car is now at center of an investigation, because cops are trying to figure out why he left the accident scene, and if anyone was with him when it happened ... TMZ has learned.

The accident went down around 2:30 AM Thursday in Atlanta, and cops were called to the scene, but not by Offset. Law enforcement sources tell us a passerby reported it. When cops arrived they found the vehicle abandoned ... and called a tow truck.

Here's what's interesting -- our sources say after the tow truck arrived, 2 people pulled up in another car. We're told one of them took items out of the Challenger before it was towed ... and was heard saying Offset crashed while swerving to avoid a pedestrian who had run out in front of him.

Law enforcement sources say there were no victims, witnesses or damage to other vehicles -- but cops have not been able to confirm the Migos rapper was behind the wheel.

We broke the story ... Offset was briefly hospitalized after the crash, but he's okay. We're told Cardi B rushed to his side. She tweeted about the accident, and Offset's good luck.

Sooo grateful and happy today .God be giving messages in the weirdest way 🤔I love you @OffsetYRN ❤️❤️❤️