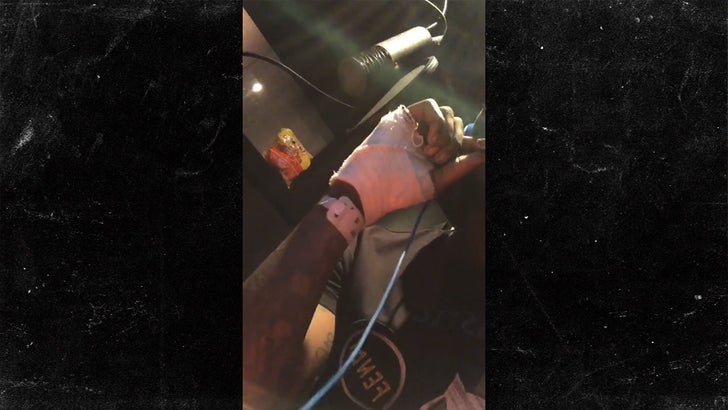 Offset's no slacker -- less than 24 hours after wrecking his car, he was showing off his injuries and making it clear they wouldn't stop him from recording ... or puffing on a joint.

The Migos rapper's hand is wrapped in a bandage, and he has several smaller cuts and scrapes on his arm after crashing his Dodge Challenger early Thursday morning.

He flaunted the battle scars early Friday morning in a recording studio, where he was still able to smoke with that banged up hand. Priorities. 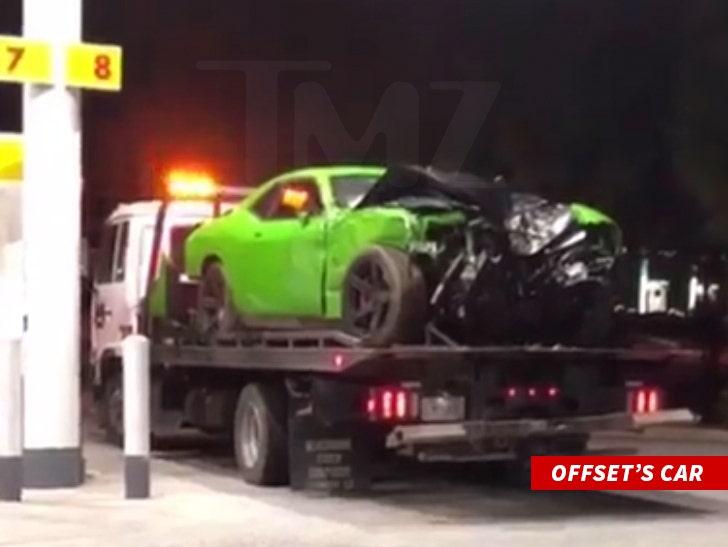 TMZ broke the story ... Offset was briefly hospitalized after the accident. Cops responded, but he had already left the scene. Law enforcement sources tell us there's an investigation into why he left without reporting the accident.

He was still rocking his hospital band in the studio. Can't knock the hustle.