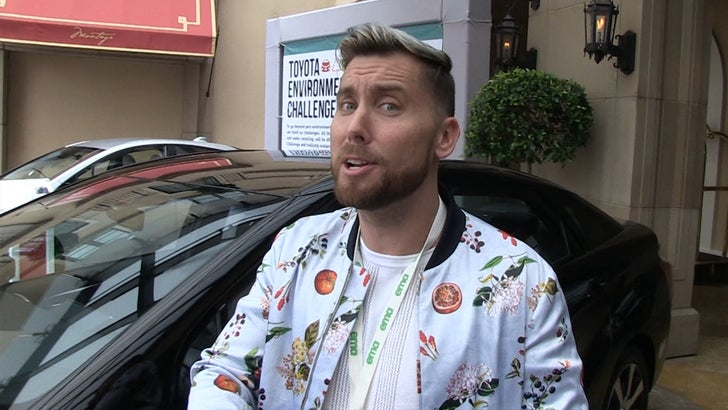 Who was one of the key people who helped get 'NSYNC off the ground??

IT'S GOTTA BE SHAQ!!

It's true ... according to Lance Bass who tells TMZ Sports the supergroup owes a lot of its early success to the NBA legend.

"I mean ... a lot of people don't know Shaquille had a big hand in starting our career," Lance said at the Montage Hotel in Bev Hills.

We only brought up Shaq because Google search is showing Shaq as the 5th member of the group -- replacing Joey Fatone. 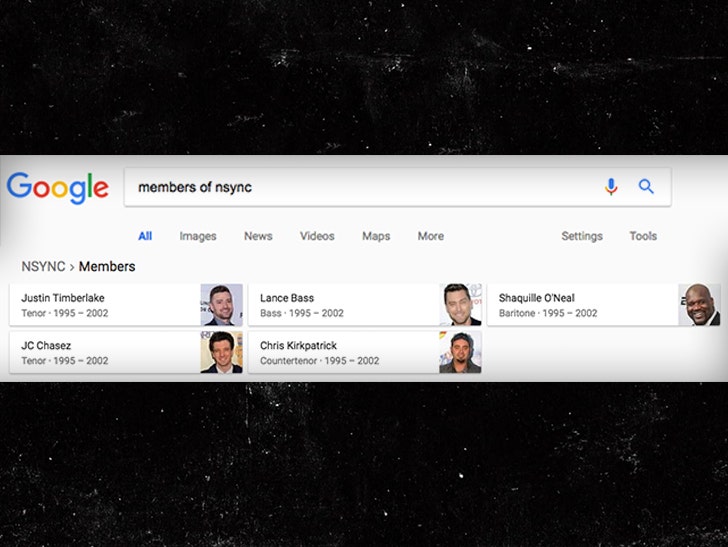 It's obviously a glitch ... but Lance says Shaq's connection to the band is 100% real.

"We lived in Orlando and our first place that we recorded was his house ... so all of our first demos, our first songs were all from Shaq's house!"

It's true ... Shaq has a recording studio in his massive Orlando estate -- which is now on the market for $28 MILLION -- and Lance says O'Neal let the group record because he knew someone at the label.

One thing led to another ... and 'NSYNC became a global phenomenon.

Now, Lance says he'd love for Shaq to join the group in real life ... as soon as they get rid of that one member "we probably need to replace." 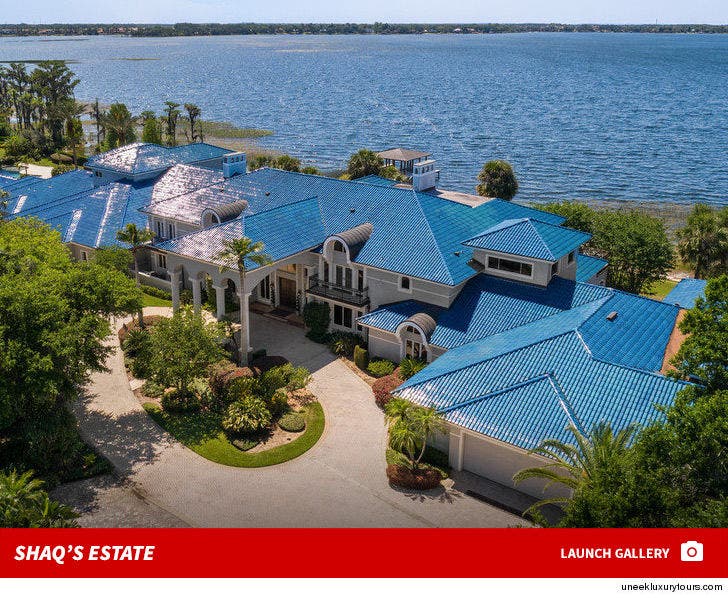 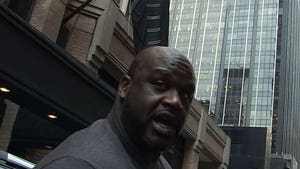 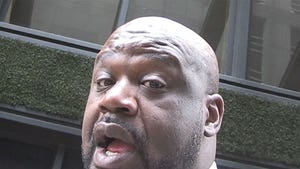