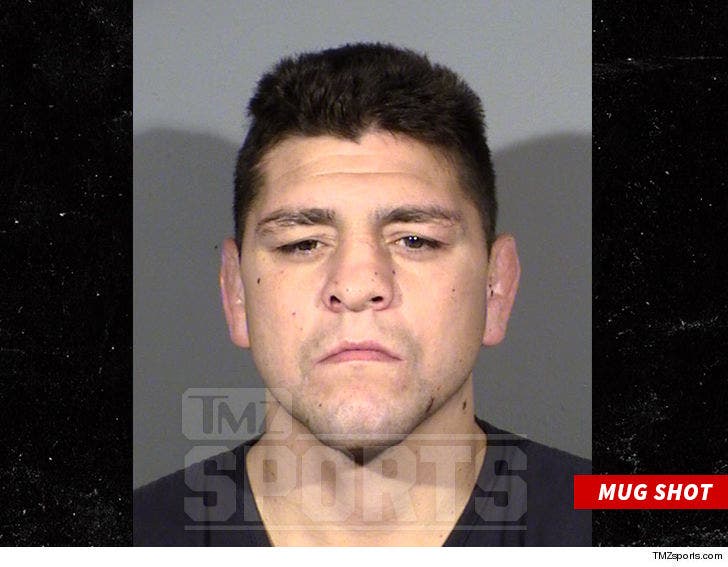 TMZ Sports has obtained Nick Diaz's mug shot from his alleged cocaine fueled attack on a woman in Las Vegas ... and he doesn't look too happy.

The mug shot was taken at Clark County Detention Center near Las Vegas after the UFC star was arrested for felony domestic battery by strangulation -- as well as misdemeanor domestic battery.

According to multiple law enforcement sources, the alleged victim told cops Nick had been using cocaine recently and it turned him violent. On the night of the alleged incident, the woman claims Nick threw her to the ground and choked her.

Police were called and found the alleged victim with red marks around her neck and eyes -- as well as an injured hip.

We're told the woman was taken to the hospital where she was treated for her injuries.