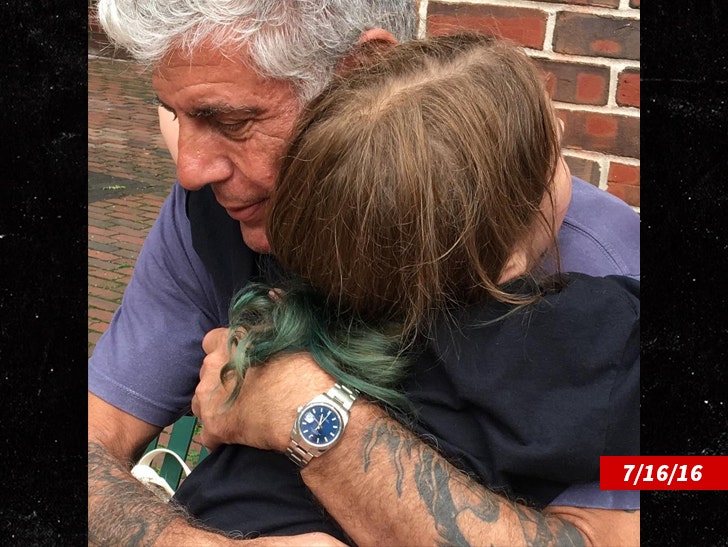 Anthony Bourdain's 11-year-old daughter got onstage and sang -- 2 days after his suicide -- in a performance her mother called "strong and brave."

Ariane Bourdain was singing with her band Sunday at an NYC venue called DROM. Anthony's ex, Ottavia, posted a pic of Ariane with a caption personalized for Bourdain: "Our little girl had her concert today. She was amazing." 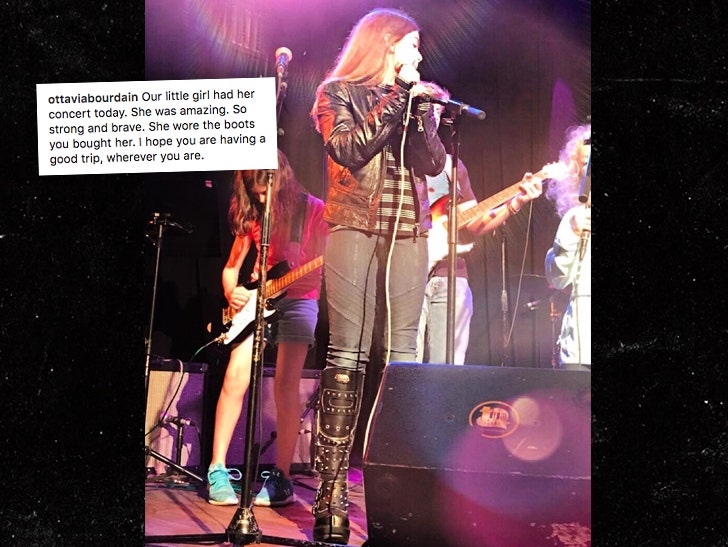 Ottavia added that Ariane was wearing a pair of black, studded boots her father had given her.

Anthony frequently talked about how much he loved Ariane and, in general, loved being a father.

Ottavia cryptically ended her note with, "I hope you are having a good trip, wherever you are."

Anthony was found dead Friday morning in his hotel room in France -- he hanged himself using the belt from a bathrobe. As we've reported ... officials are holding his body to conduct an autopsy and toxicology.