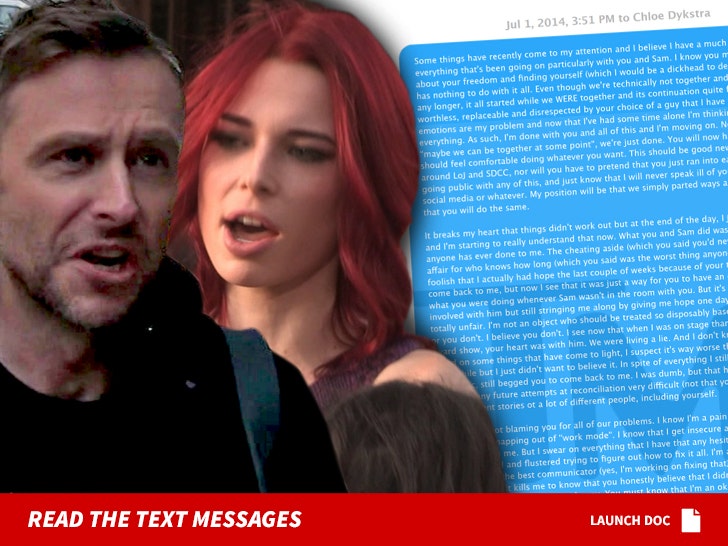 Chris Hardwick severed ties with Chloe Dykstra in a lengthy text chronicling major issues in their relationship, and she pleaded to talk to him afterward to no avail ... even months later.

According to the text messages -- obtained by TMZ -- Chris calls out Chloe for cheating on him with a man named Sam, saying it's "the worst thing anyone has ever done to me." Chris claims Chloe led him to believe she wanted to get back together after they broke up ... but never stopped seeing Sam.

Hardwick more or less tells Dykstra his long text message will be the last time he talks to her and declares their relationship is over, and she then sends several texts begging to talk, saying, "I will always love you." 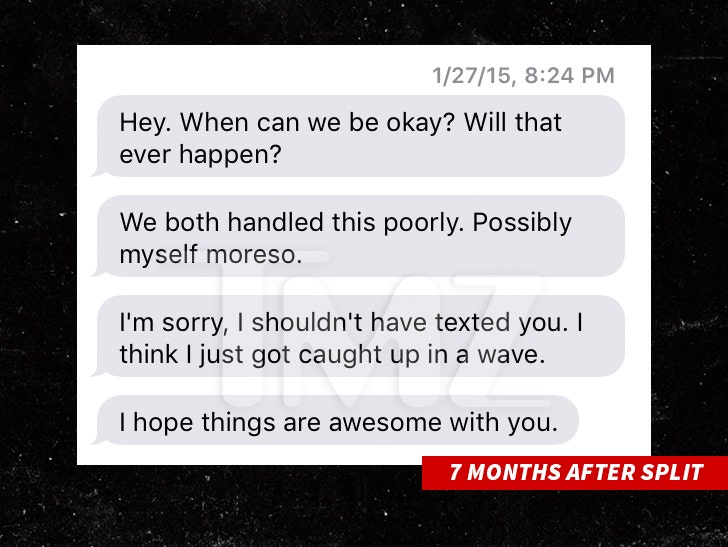 According to the text thread, Chloe reached out to Chris 7 months later in an apparent attempt to make up. Sources close to Chris say it's hard to believe Chloe would try for months to get back with him if she was being emotionally and sexually abused, as she claimed last week.

As we reported ... Hardwick denied her allegation of sexual abuse and said their breakup after a 3-year relationship was the result of her cheating. 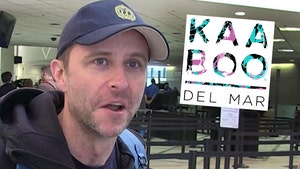