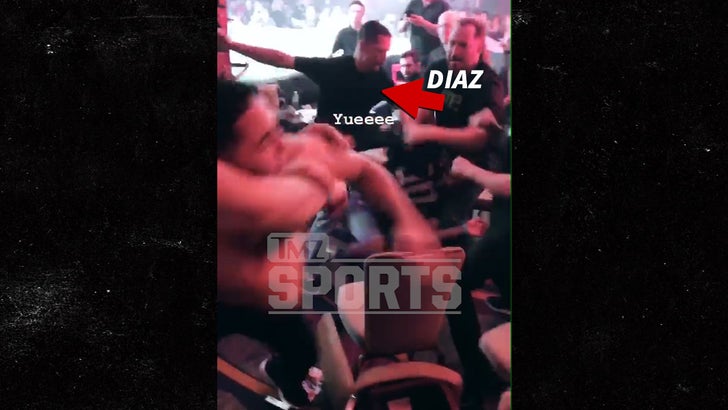 Seems like Nate Diaz is itching for a fight ... because he got in the middle of ANOTHER brawl at an MMA event and TMZ Sports has the video.

It all went down Friday night in the crowd of the Fight to Win Pro 77 event at the Hyatt hotel in Sacramento -- where we're told Nate was supporting some of his MMA students, who were competing in the all-grappling event.

In the video, you can see several people in the melee -- and Nate appears to wind up and throw a punch at one of the men being separated.

Witnesses tell us no one was arrested -- Nate got his crew and left.

It's the second time Nate's been in a fight in the stands of MMA event this year -- back in May, Diaz got into it with UFC fighter Clay Guida at a Combate Americas event in Sacramento.

It all begs the question ... why does he keep fighting for free in the stands when he could make MILLIONS doing the same thing in the Octagon?! 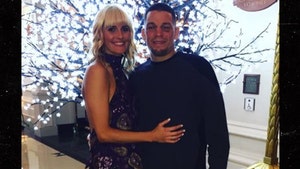