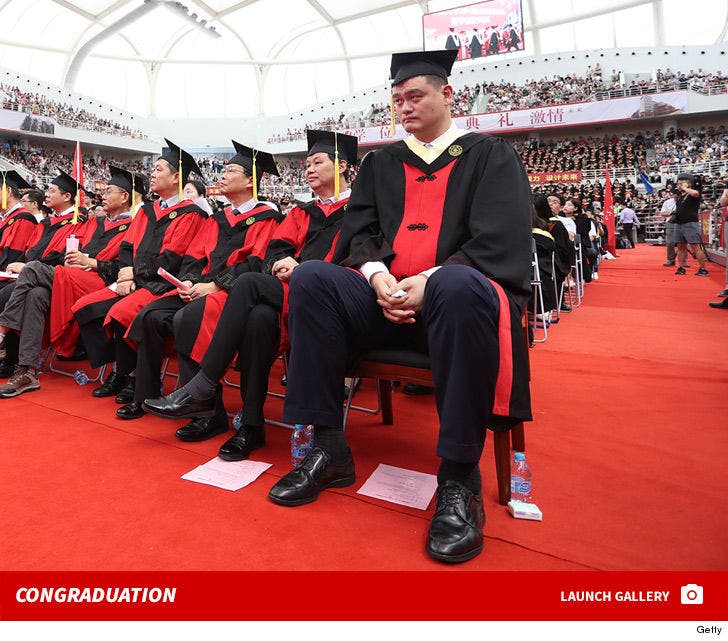 It's official ... Yao Ming is a college graduate!

The ex-NBA star got his degree this weekend from Shanghai Jiao Tong University in China ... where he first enrolled as an economics student back in 2011.

In fact, the former Houston Rockets star even joked about his 7-year plan while addressing the rest of his class.

"Let me quote a famous conversation that happened on a basketball court 11 years ago, 'This is going to be your league in a little while,'" Yao said according to CGTN.

"Trust me, when a man spends 7 years in university to graduate at age 38, he knows what he's talking about!"

Yao also thanked his parents -- who were sitting in the crowd.

Ming also revealed he considered dropping out of school -- especially due to struggles in advanced math classes.

But, he stuck with it and now Yao's got his diploma! 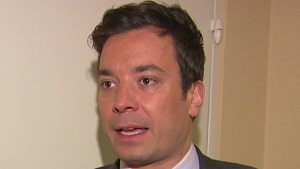 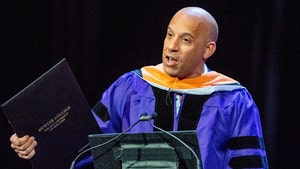