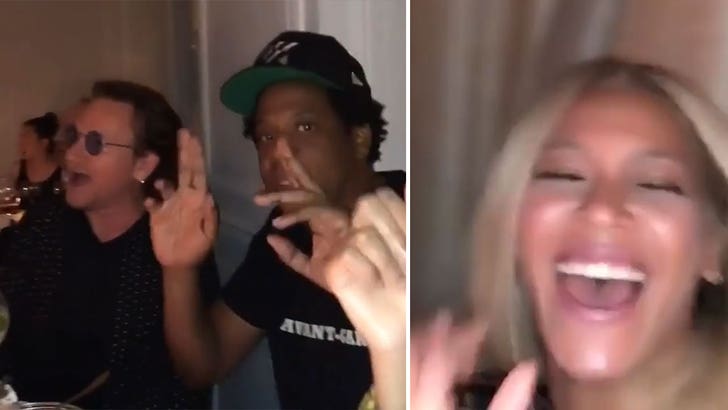 The closest thing to a Bono-Jay-Z-Beyonce collaboration went down in Nice, France with the help of a backing band that strolled up to their dinner table ... and it was all recorded by Beyonce's mom, Tina.

Jay and Bey wrapped the first leg of their On the Run II tour in the south of France and, during dinner with the U2 frontman, family and friends ... they got serenaded by a band at the restaurant.

Ya gotta hand it to the band for its rendition of Van Morrison's "Brown Eyed Girl" because it got Bono and co. dancing along. Beyonce was a little camera shy.

Tina patted herself on the back for the footage, calling herself the "mamarazzi." 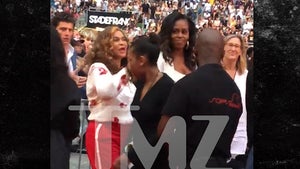 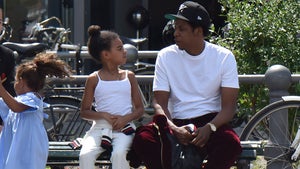