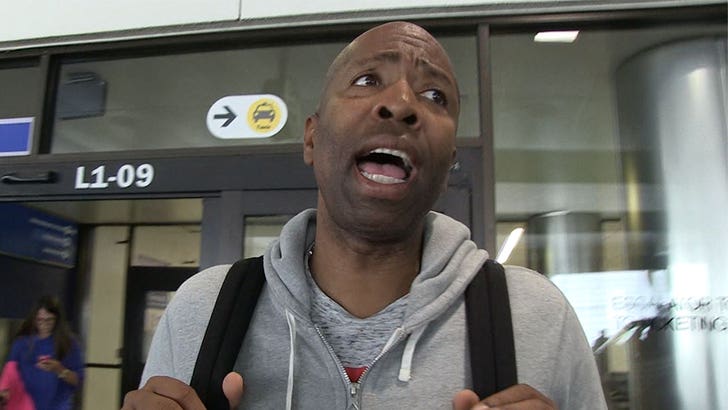 Kenny Smith is siding with DeMar DeRozan -- telling TMZ Sports the Toronto Raptors screwed over their star player by not telling him he was going to be traded to the San Antonio Spurs.

Little backstory ... DeRozan sounded off on Instagram hours before the trade was announced -- saying, "Be told one thing & the outcome another. Can't trust em. Ain't no loyalty in this game. Sell you out quick for a little bit of nothing..."

Smith says if that's really the way it went down -- that's bad business on the part of the Raptors ... especially since DeRozan is "the reason people even watch Toronto basketball."

"No one watched Toronto basketball," he added ... "Between him and Vince Carter, they put Toronto on the map."

There's more ... Smith says if Toronto plans on KEEPING Kawhi Leonard after the 2018-19 season, they need to break out the big guns ... meaning Drake better step up his recruiting game!