LeBron James says he regrets naming his 14-year-old son LeBron James Jr. -- because he's concerned about all of the pressure that comes with it.

The NBA superstar was opening up about his family to Jon Stewart, Snoop Dogg, Odell Beckham Jr. and Maverick Carter in his new HBO series, 'The Shop.'

While James was talking about how much fun he's having watching his kids play youth basketball -- Stewart asked, "How do you give them a piece of mind that they don't have to be you?"

That's when James explained his regret when it comes to naming his kid -- but said it was an overreaction from not having a father while he was growing up.

James said he always swore that he would be the dad he didn't have -- and naming his kid "Jr." -- was the first step.

It's actually a really touching story. 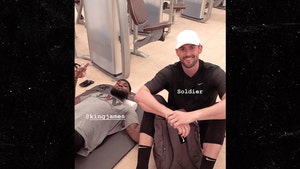 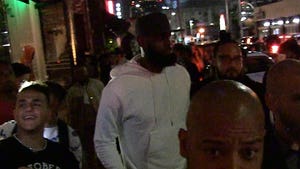