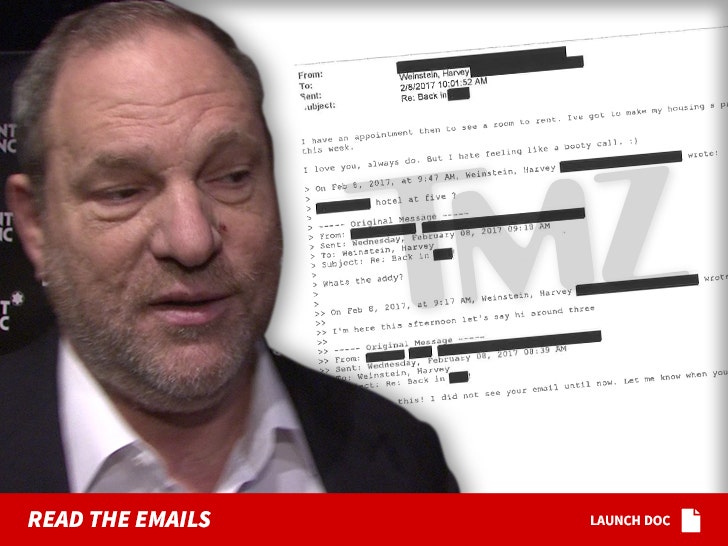 Harvey Weinstein got what he wanted in his ongoing sex crime cases -- a judge has allowed him to go public with emails he got from his rape accuser ... emails that he says show the woman was anything but a rape victim -- even professing love for him -- and as a result he wants all criminal charges dismissed.

The emails -- just filed in the criminal case and obtained by TMZ -- were written between April 2013 and February 2017 by the woman who claims she was raped by Weinstein on March 18, 2013 in NYC.

On April 17, the email reads, "It would be great to see you again, and catch up!"

In January 2014, she wrote, "Your the one who makes it look good with your smile and beautiful eyes!!"

And, on July 10, 2014, she emailed, "There's no one else I would enjoy catching up with that understands me quite like you."

Throughout the email chain over the years, they go back and forth talking about meeting up. At one point, she asks for a Soho House membership referral ... she wanted to be a member and use him to get in.

The emails were attached to a motion to have the rape indictment dismissed based on prosecutorial misconduct, because the emails were allegedly withheld from the Grand Jury and would prove exculpatory.

Weinstein says the alleged misconduct is so egregious, it taints the entire indictment involving all 3 accusers and he is asking the judge to dismiss all criminal charges.

Weinstein's lawyer, Ben Brafman, tells TMZ, "The motions filed today reflect the first opportunity for Mr. Weinstein to present legal arguments as to why the indictment filed against him should be dismissed." He goes on, "These communications irrefutably reflect the true nature of this consensual intimate friendship, which never at any time included a forcible rape." 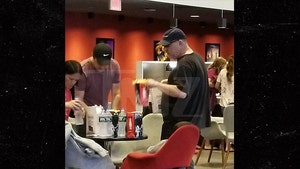 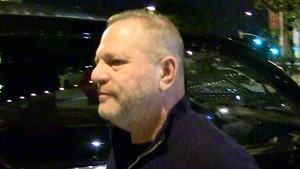