The National Black Police Association is applauding Nike for their new ad with Colin Kaepernick -- saying the QB's stance is "is in direct alignment with what law enforcement stands for."

In fact, the NBPA is ripping another major police association -- saying anyone calling for a Nike boycott is just plain wrong.

As we previously reported, the National Association of Police Organizations fired off a letter to Nike saying the Kaep ad "grossly insults the men and women who really do make sacrifices for the sake of our nation."

NAPO added, "We are calling on all our member officers, their families and friends to join in boycotting all Nike products."

Well, the National Black Police Association could not DISAGREE more -- sending their own letter to Nike praising the company and slamming the other police org.

"The National Black Police Association is not in agreement with NAPO on this matter, and we strongly condemn their call for police officers and their families to boycott Nike and its products," the letter says.

"Your inclusion of Mr. Kaepernick in your ads seems appropriate to us. We live in a country where the 1st Amendment is a right of the people."

"The NBPA believes that Mr. Kaepernick's stance is in direct alignment with what law enforcement stands for -- the protection of a people, their human rights, their dignity, their safety, and their rights as American citizens."

"NAPO has shown an adeptness at maintaining the police status quo and the tone in their letter further validates Mr. Kaepernick's concerns, as it undermines the trust that is needed by law enforcement in order for the profession to maintain its legitimacy."

The NBPA believes NAPO's stance "only perpetuates the narrative that police are racist, with no regard, acknowledgment, respect or understanding of the issues and concerns of the African American community."

"For NAPO to presuppose that Mr. Kaepernick has not made sacrifices because he did not die on a battlefield, shows you just how out of touch NAP is with the African American community."

The letter ends ... "We will likely be buying and wearing lots of Nike products in the near future." 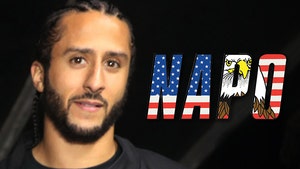 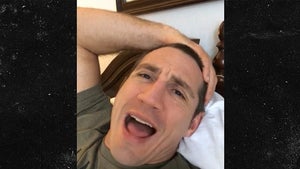