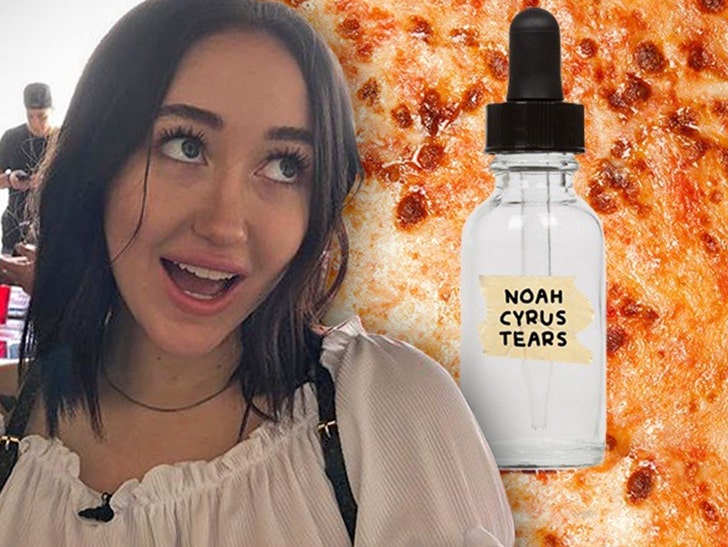 9:00 AM PT -- Important note for super-gullible people ... on pizzaslime.com you can actually purchase the $12k bottle, but Noah's team says you will NOT get an actual bottle and the money charged to your account WILL be refunded.

As they told us ... they NEVER thought anyone would actually click on such an absurd gag offer.

Noah Cyrus had a funny idea for a joke ... and someone has now turned it into a scam.

Noah and her team thought it would be funny to advertise a bottle of her tears for $12,000 a pop. The idea was that she was super sad when she broke up with Lil Xan so she put an ad on Pizzaslime hawking the fake bottle of tears. It was all in fun ... a promotion for her new album, "Good Cry."

Here's the problem. Someone smelled an opportunity to screw her fans out of cash, so they put the ad on GoFundMe, saying they want to buy a bottle ... when anyone with a brain has to know it's not real. 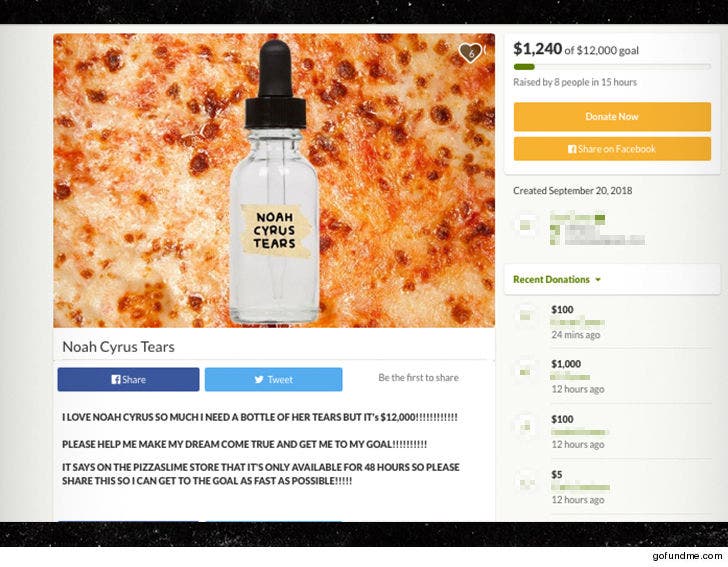 Well ... 8 brainless folks have already contributed a total of $1,240 in just 15 hours. Mind you ... when someone donates on GoFundMe ... the money is automatically deducted from their bank account.

Noah's team is now hip to the scam, and they tell TMZ they're contacting GoFundMe, asking that the post be 86'd. They also say they will reimburse the folks who donated and will throw in backstage passes to one of Noah's shows. 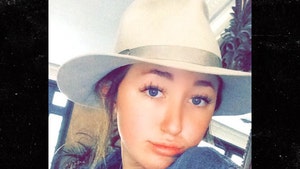 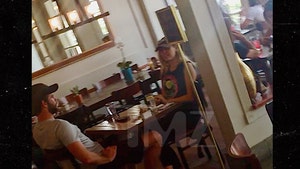 Miley Cyrus and Liam Hemsworth Chumming It Up at Lunch