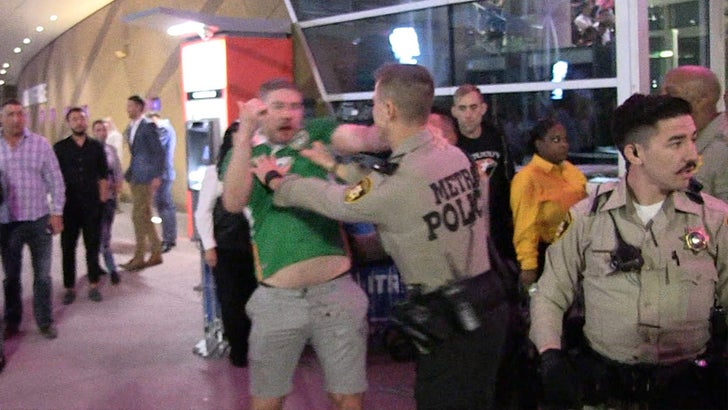 The Khabib/McGregor after-fight spilled out of the T-Mobile Arena Saturday night, and one ridiculous dude came without a whisker of getting cuffed and carted off to jail.

Fans were fighting after the UFC 229 melee and Las Vegas cops had trouble controlling the situation.

Check out the guy in the green shirt -- a clear sign he's a Conor supporter -- he mouths off to the cops and seems as if he's ready to fight them. Even after getting pushed and warned by an officer, the guy presses his luck, but cops showed restraint and diffused the confrontation.

The emotion, the fight and the post-fight attack, along with plenty of alcohol, made for a volatile night in Sin City. 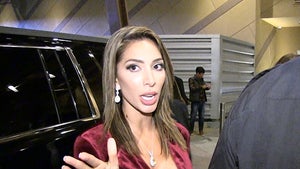 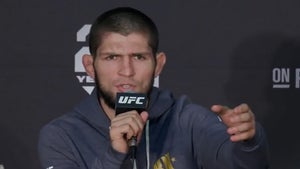