1:37 PM PT -- Dillon's team tells TMZ Sports ... Dillon absolutely did NOT fire the slur at Khabib -- saying the witness we spoke with is dead wrong.

For the record, we spoke with multiple groups of people who were sitting very close to Danis who insist they heard him shouting insults at Khabib.

But Dillon's is adamant the "f**king Muslim rat" line did not come from Danis.

Conor McGregor's teammate, Dillon Danis, called Khabib Nurmagomedov a "f**king Muslim rat" during the main event at UFC 229 -- and that's what set him off ... a ringside witness tells TMZ Sports.

We spoke with a fan who was sitting in spitting distance from Danis during the fight -- and we're told Danis was running his mouth throughout most of the fight.

There was a moment between the 2nd and 3rd rounds when Khabib shot a death stare right at Dillon, according to our witness who says it was obvious Khabib heard at least some of the insults.

But, we're told the final straw was the Muslim insult that Danis hurled toward the end of the fight.

Khabib threw his mouthpiece at Dillon and then jumped out of the cage to attack him in the stands. 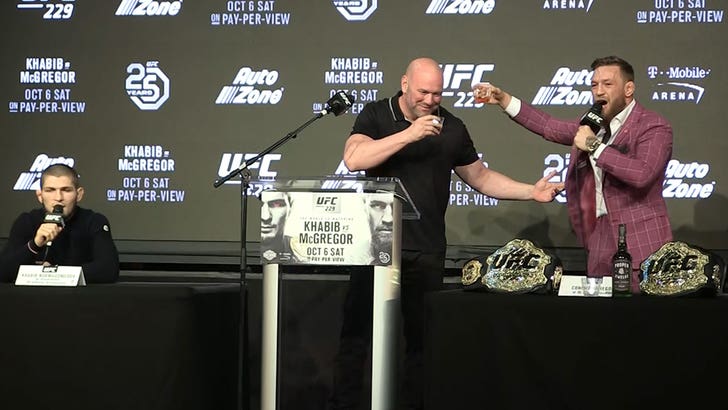 Of course, Conor has been calling Khabib a "rat" for weeks -- and mocking Khabib's religion in public ... so, it was pretty much par for the course for Team McGregor.

The reality is ... the constant verbal attacks have been building for weeks and Khabib wanted to make a point. 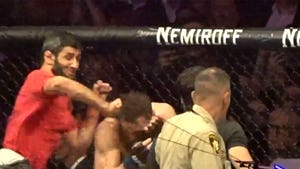 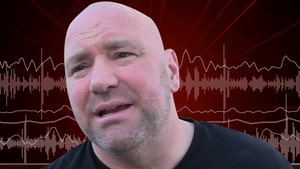