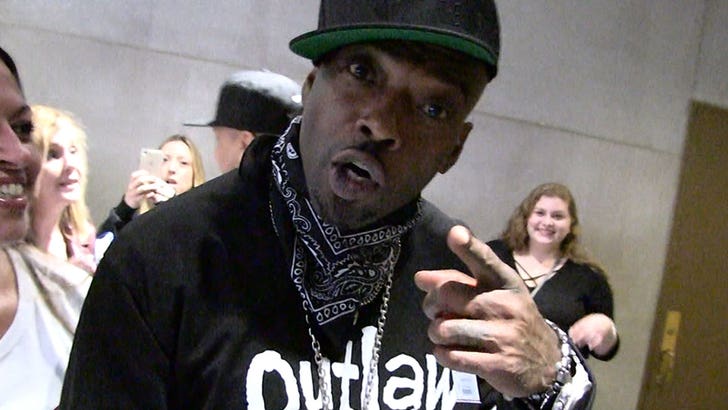 This is the most respectful way we've ever seen anyone call for a QB to hit the pine ...

The guy calling for Eli Manning to bench himself is Treach -- the leader of Naughty By Nature -- who happens to be a HUGE fan of the NY Giants.

But, he makes it crystal clear the future Hall of Famer's time is up -- dude needs to hand over the reins to a new quarterback.

"He loves the game so much, but he might need to fall back and show the team how to do it and let new legs come in," Treach said ... "But, he did great things for us. We gonna love him forever."

Treach is the latest rapper to weigh in on the NY Giants saga -- Lil Wayne took a shot at Eli on Tuesday after the QB told reporters he doesn't watch Weezy very often.

Eli was responding to an interview Odell Beckham did with Lil Wayne and Josina Anderson in which Odell said he "wasn't being given an opportunity to be the very best that I can."

Eli was asked about the interview on Monday and said, "I don't watch Lil Wayne much."

Wayne responded on Tuesday morning, saying, "You don't have to watch much of me, but you can listen if you could. You probably need to the way you've been playing."

Meanwhile, the Giants are 1-4 and in last place ... and they're playing the Eagles on Thursday.