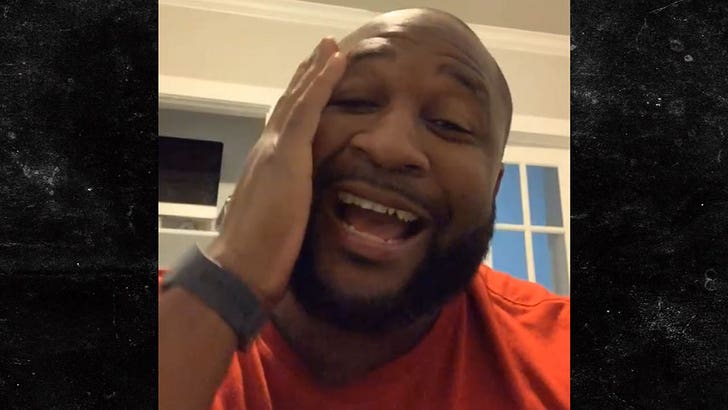 LSU has been trying like hell to stop the student section from chanting, "Suck that Tiger d**k, b*tch" during football games ... but LSU legend Marcus Spears says it just ain't gonna happen.

A little background ... whenever the LSU marching band plays Cameo's 1984 hit, "Talkin' Out The Side Of Your Neck," the student section shouts out the explicit alternate lyrics instead.

The school has made a concentrated effort to phase out the dirty chant -- but it hasn't worked. Here's video of the kids in Baton Rouge busting out the song as Joe Burrow and co. thumped Georgia in the real Death Valley last Saturday. You can even hear it during live TV broadcasts. It's crazy.

Enter Spears -- who won a National Championship playing for the Tigers in 2003 and was a consensus All-American defensive end in 2004. He now works for ESPN and agrees the chant is pretty bad.

But, Spears says the students love it and it fires up the players -- so, he doesn't really want to see it go either.

"If you could somehow convince [the students] to clean it up, that would be great. But, we know what Neck is about, Neck is about getting the team motivated."

So ... to all visiting teams and fans ... if you find yourself on Nicholson Drive on a Saturday we got one word for you ... EARMUFFS. Neck is forever. 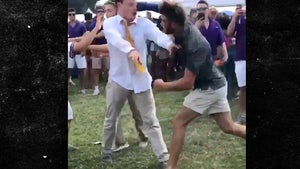