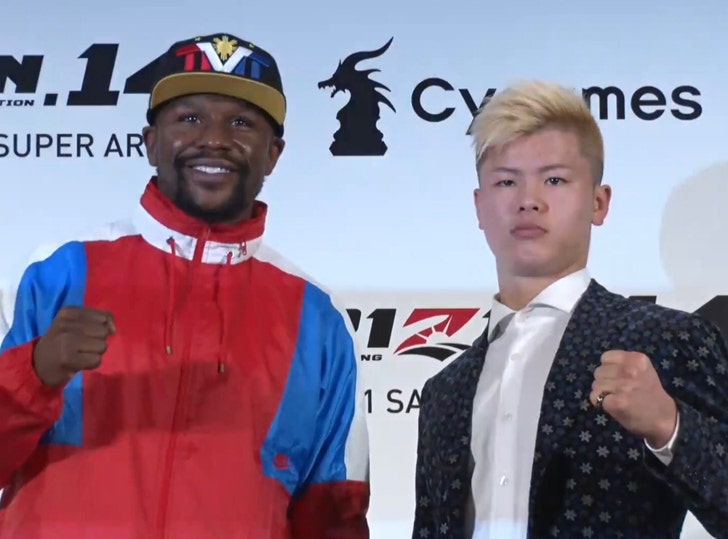 Floyd Mayweather has signed a deal to fight on New Year's Eve in Japan -- and it might be an MMA match -- but, it ain't against Conor McGregor or Khabib Nurmagomedov.

Just like TMZ Sports told you would happen ... the 41-year-old boxing superstar announced he'll be fighting at RIZIN 14 on Dec 31, against an undefeated 20-year-old kickboxer named Tenshin Nasukawa.

We broke the story ... Floyd was in talks to get a fight done in Asia back in September. The plan is to get 2 fights under his belt ... a tune-up fight and then a bigger opponent, someone like Manny Pacquiao.

Floyd says he's still working with the promotion to decide on whether it will be boxing rules, kickboxing rules, MMA rules, etc.

Floyd says the fighting rules will be sorted out in the coming weeks. Floyd also says the two sides are still figuring out what weight the fight will be at.

Floyd held a press conference in Japan late Sunday night -- Floyd did not say how much money he expects to make for the fight.

As for Tenshin, RIZIN says he's 20-years-old and has more than 30 fights under his belt. His kickboxing record is 27-0.

The fight will go down at Saitama Super Arena -- the 3rd largest indoor arena in the world. It seats around 36,500 people.

As we previously reported, Floyd has had some MMA training in the past -- and UFC champ Tyron Woodley has offered to work with him because he believes Mayweather can really win.

Floyd says he chose to have this fight in Japan because he loves the country and the people.

As for his opponent, Floyd says the guy is in great shape -- "very young, very fast" -- and he's impressed with Tenshin's physique. Says the guy looks like a serious gym rat.

Tenshin says Floyd is taller than he looks and he believes he'll be able to "hit him" when they fight.

Floyd is 50-0 as a pro boxer -- with his last victory coming over Conor McGregor.

Mayweather has recently told us he's been itching to fight again and predicted his next bout would be a 9-figure boxing match against Khabib. Now that he's inked this deal, seems the Khabib fight will be on the backburner ... at least for now.

"I'm very happy to be back in Tokyo," Mayweather told the media ... "I look forward to coming back more often."

Mayweather says his relationship with RIZIN is bigger than this fight -- but unclear exactly what that means. Obviously, he wants to continue to work with the promotion, but unclear if it will be as a fighter or a promoter. 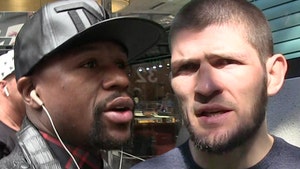