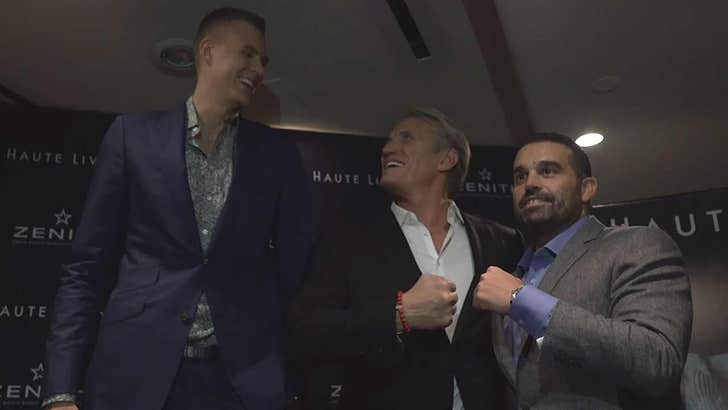 Dolph Lundgren was out at Mr. Chow Tribeca -- celebrating the upcoming release of "Creed II" -- so the Unicorn put his ACL rehab on hold and popped by to join the party.

Why?? We're told Kristaps -- whose nickname used to be "Young Drago" -- is a HUGE fan of the 'Rocky' villain, and always wanted to meet him.

The first interaction between the two at the Haute Living and Zenith Watches bash was pretty great ... K.P. towered over the 6-foot-5 actor -- and, at one point, Dolph just had to ask, "How tall are you, man?!"

Of course ... Kristaps measures in at 7-foot-3 -- only about a foot and a half taller than Drago's most famous opponent, Sylvester Stallone. 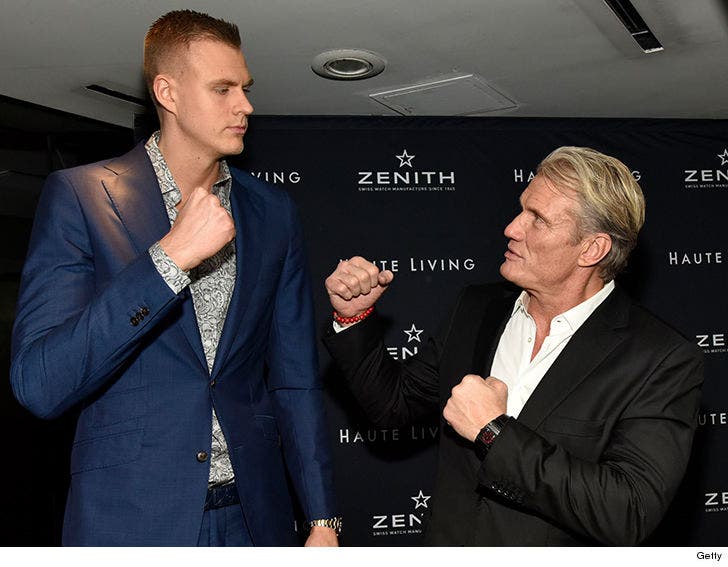 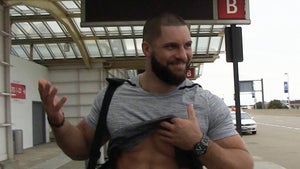 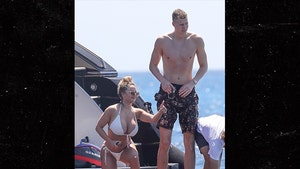