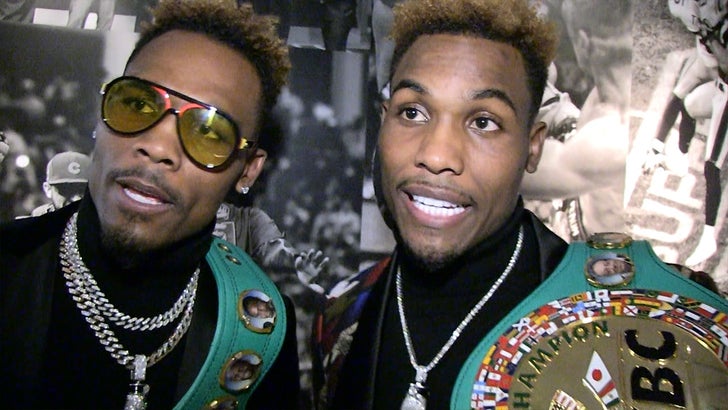 Jermell fights at 154 ... Jermall fights at 160, and they say Canelo and GGG are doing everything in their power NOT to have to fight the twins.

"They moved up from the weight classes, I think Canelo at 168, but he's got a manager and a promoter and they know where we're at."

BTW ... the call-outs didn't end in the boxing ring, because we then asked the bros if they are willing to jump into the world of MMA -- something more and more fighters are doing -- and they are SUPER DOWN.

"I would, I'd fight wherever the money at."

FYI -- when they say "I" they basically mean "we," because they look exactly alike, finishing each other's sentences and stuff ... it's actually kinda cute.

But, please don't tell them we said that. 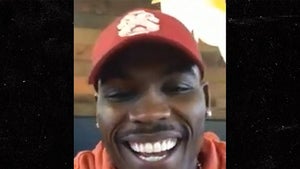 Jermell Charlo Volunteers To Be Floyd's Tune-Up, But Ain't Holding His Breath 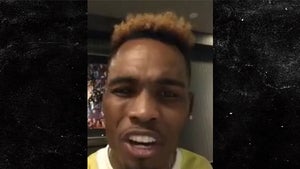