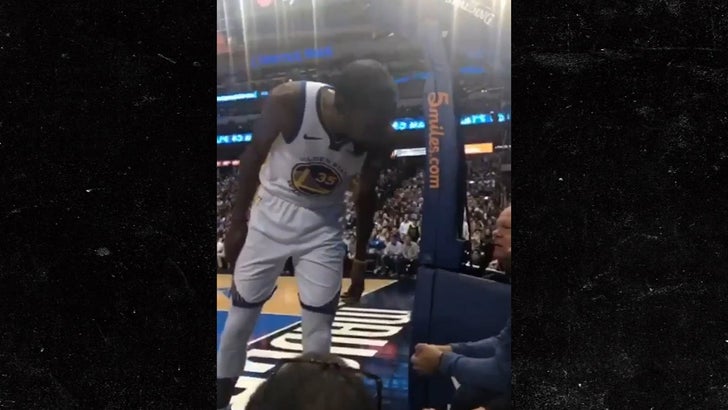 2:38 PM PT -- Another witness tells TMZ Sports ... the hecklers had been bombarding KD with the "cupcake" insults to the point where it became unbearable.

That witness tells us KD complained to the refs at one point but the fans were not removed or disciplined in any way.

Kevin Durant went off on a heckler who was sitting courtside at the Mavs game this weekend -- telling the guy, "Watch the f**king game and shut the f**k up."

It all went down during the 1st quarter of the Warriors vs. Mavs game in Dallas on Saturday.

One witness who was sitting in spitting distance from the incident tells us ... the heckler was just saying the typical NBA fan trash talk -- calling KD names like, "Cupcake" and other insults.

But, KD wasn't having it -- walking over to the group, leaning in ... and cussing the guys out.

We're told the group laughed off the incident because they knew they got to him and ramped up the trash talk even more for the rest of the game.

It ain't the first time KD's had to deal with hecklers -- he got into it with some trash talkers back in June and was held back when the guys shouted out that his alma mater (University of Texas) is "butt." 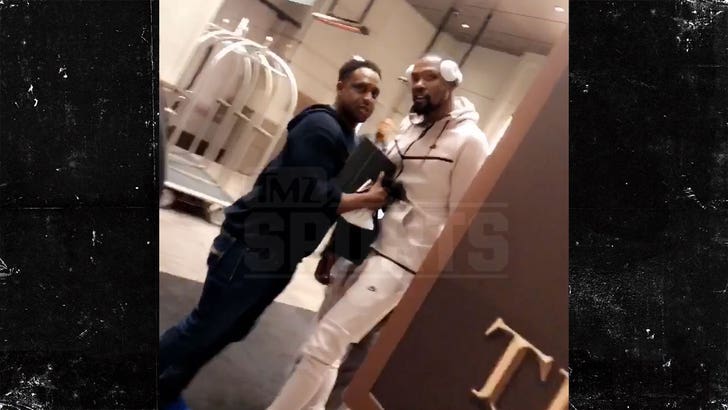 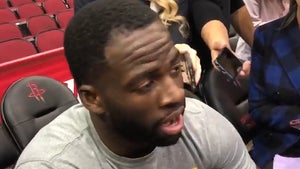 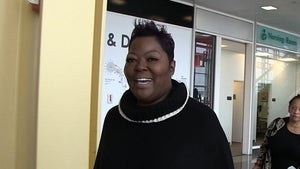