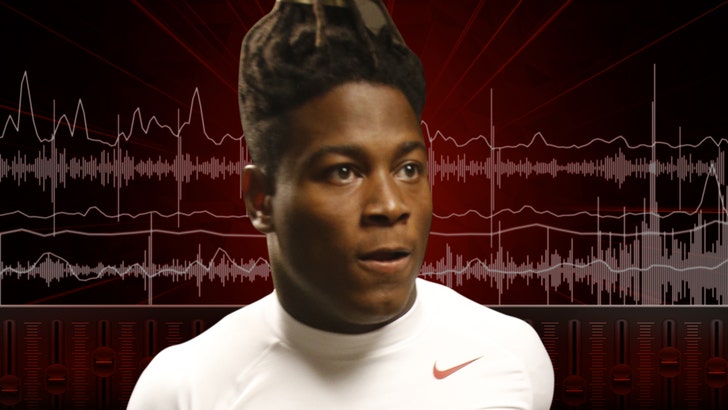 TMZ Sports has obtained the 911 call Reuben Foster's ex-GF made after he allegedly attacked her at the 49ers hotel on Saturday ... and she tells the operator, "He slapped me in my face."

The woman sounds like she's sobbing at the beginning of the call -- but pulls herself together to tell the operator, "My ex-boyfriend just took my phone [and broke it] ... slapped me in my face and threatened me."

She later repeated, "He took my phone and broke it and slapped me in my face."

The woman identifies the 49ers linebacker by name and says he left the room at the Grand Hyatt hotel in Tampa Bay right after the altercation -- but noted he was still on the property.

You can tell in the audio the woman is distraught but tells the 911 operator she does not require immediate medical attention.

Cops responded to the hotel and arrested Foster late that night. He was booked on a 1st degree misdemeanor domestic violence charge.

When the woman spoke with police, she told them Foster had also pushed her in the chest and slapped her with an open hand on the left side of her face. Cops say they noticed a scratch on her collarbone.

As for the alleged victim, she also told police she's been in an on-again, off-again relationship with the 49ers linebacker for the past 3 years.

In fact, she's the same woman who had previously accused Foster of domestic violence -- saying he punched her in the head back in February -- but later recanted her story when the case went to court. 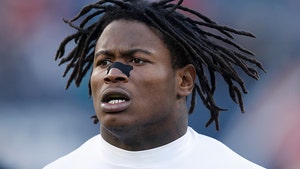