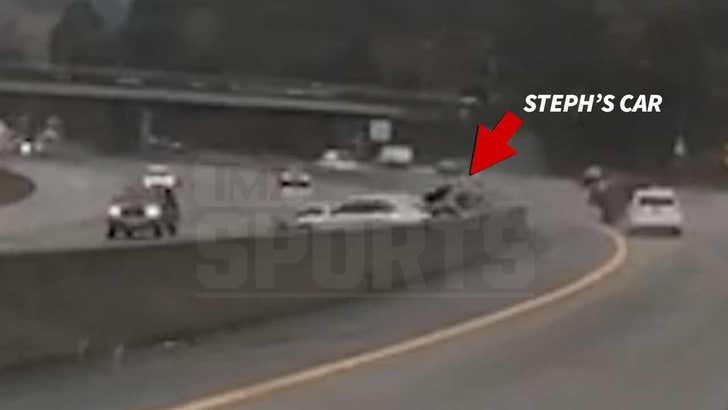 Steph Curry was REALLY lucky to walk away from his Black Friday car crash without a serious injury -- because TMZ Sports obtained video of the accident ... and it's scary stuff.

As we previously reported, the Golden State Warriors star was driving his black Porsche on Highway 24 in Oakland on Nov. 23 when another car lost control, skidded out and slammed into Steph.

You can see in our video, the other driver was going pretty fast when the vehicle slipped across 4 lanes of traffic and clipped the front of Steph's car ... it appears both cars hit the center divider.

Officials say roughly 10 minutes after the crash, another car lost control and slammed into Steph's Porsche from behind.

Miraculously, no one suffered any major injuries. Steph was photographed walking around the crash after the incident. Officials say everyone was wearing their seat belts.

No arrests were made. Officials believe the weather -- it had rained earlier that day -- was a factor. 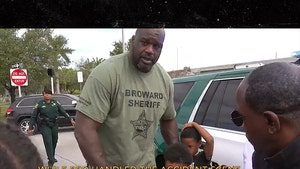