Tom Brady's fed up with Michigan losing to Ohio State ... saying the game was "pretty crappy to watch" ... and now he's gotta wear a "ridiculous" outfit because of it.

TB12 unloaded on his alma mater's ugly 62-39 loss to the Buckeyes -- appearing on WEEI's "Mut and Callahan" show and griping, "Man, freakin’ Wolverines. They can’t win a big game, man."

"We gotta figure out how to beat those guys," Brady says.

But, it's a double-whammy for the Pats superstar ... 'cause Tom had "a couple hundred bucks" with his teammate on the line.

"Unfortunately, I lost a bet to Nate Ebner and already paid him his money," Brady said ... noting he'll have to wear a "ridiculous outfit" to practice on Wednesday as part of the bet.

Obviously, Tom can afford to lose the money -- but having to wear an OSU jersey?? 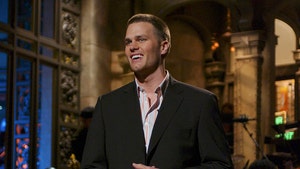 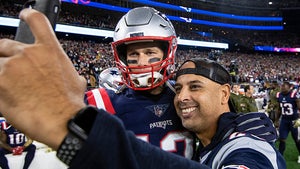