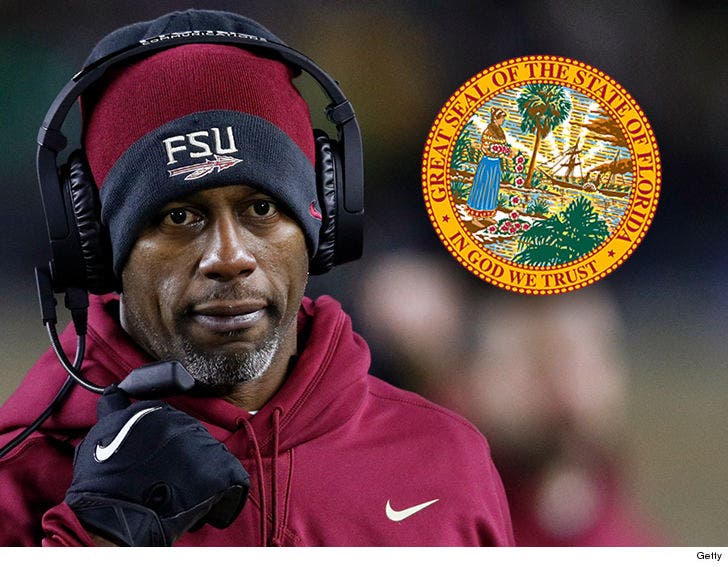 12:35 PM PT -- The person who posted the image has now been FIRED from his job ... according to a statement from Hilton Grand Vacations.

"Our concern regarding this situation has been a top priority. The person responsible for posting this information has been terminated."

"His behavior was in violation of multiple company policies and the furthest example from being a reflection of our company’s values."

A disgusting, racist depiction of Florida State football coach Willie Taggart being hanged from a tree has triggered a state attorney investigation in Florida ... officials have announced.

The image was posted to Facebook after FSU's 41-14 loss to Florida this weekend. It's a photoshopped pic of Taggart's head pasted on top of a black and white photo of an African American man being hanged.

A caption on the image reads, "Believe In Something Even If It Means Sacrificing Your Rep."

The person who posted the image reportedly works for Hilton Grand Vacations in Orlando -- and the company has already issued a statement saying the employee has been suspended.

Second Judicial Circuit State Attorney Jack Campbell has confirmed his office is aware of the post and they've connected with the FSU Police Dept. -- and other law enforcement agencies -- to investigate.

Campbell issued a statement to Tallahassee.com saying. "Any threat of violence to anybody in this community – he’s a father, a husband and a member of our community – we’re going to investigate it to the fullest extent possible."

FSU President John Thrasher also weighed in ... saying, "I speak for the entire FSU community in expressing our disgust and extreme disappointment, and I am glad the state attorney is investigating."

"Coach Taggart has our full support and as true Seminoles know, he is a respected member of the FSU family." 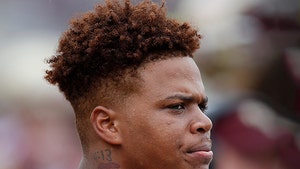