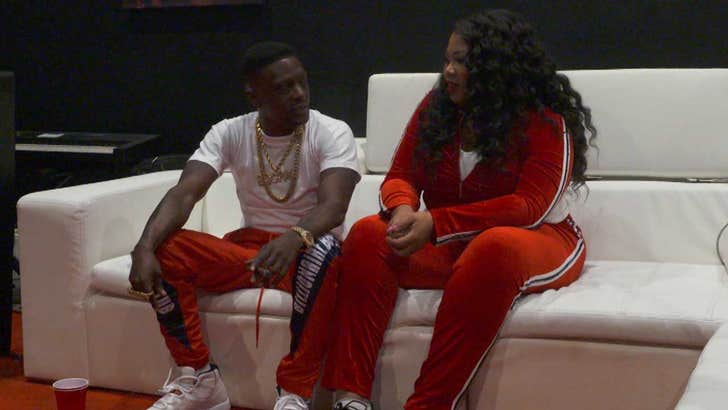 The rapper appeared on Raquel Harper's show "Raq Rants" on BET and said he wanted to talk about an issue important to him -- his "Boosie fade." Boosie tells us he's got his lawyers working on how to trademark the style. No joke.

He's not going after your average Joe who sports the Boosie fade. His beef is with Hollywood studios making money off his back head when their stars sport his same hairstyle. He's adamant it's similar to, say, Hollywood using a Marvin Gaye song. Studio's gotta pay up.

BTW ... the Boosie fade's real. There are YouTube instructional videos with hundreds of thousands of views on how to nail the style. Maybe Boosie's on to something here.