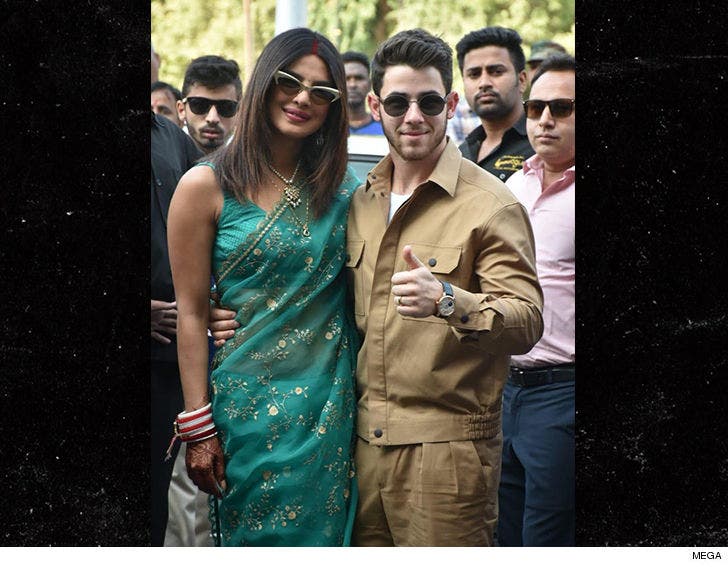 Just 2 days into marriage and Priyanka Chopra and Nick Jonas are already handling their union with tons of care ... and armed security.

The Missus and her Mr. couldn't stop smiling Sunday after they'd tied the knot, twice. They stopped for cameras as they were leaving Jodhpur, where they held 2 elaborate wedding ceremonies and receptions over the weekend. Take note of all the security around them, including the dude with the giant automatic weapon. Priyanka's a BIG deal in India. 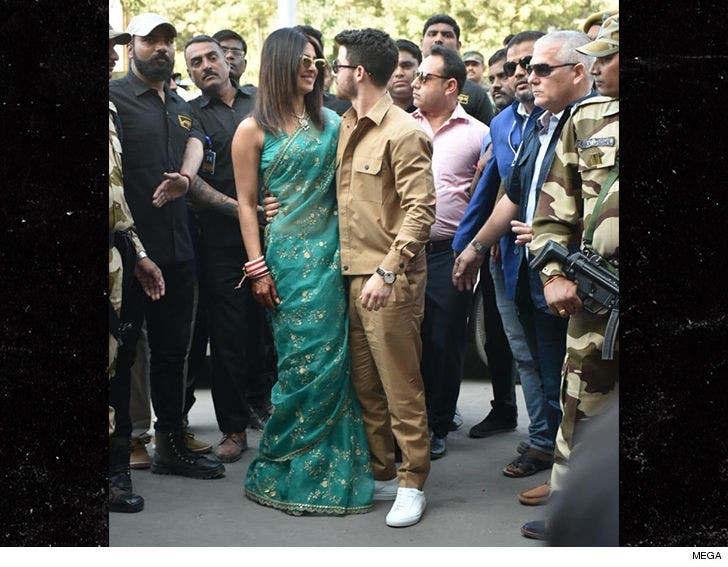 As we reported, their multi-day party included a traditional Christian wedding ceremony, a couple of traditional Indian receptions -- Mehendi and Sangeet -- and fireworks over the Jodhpur Palace.

Gotta give it up to Nick ... he and his fam fully embraced Pri's culture -- see the song and dance both families put on over the weekend. As the bride put it, "One of the most special things our relationship has given us is a merging of families who love and respect each other’s faiths and cultures."