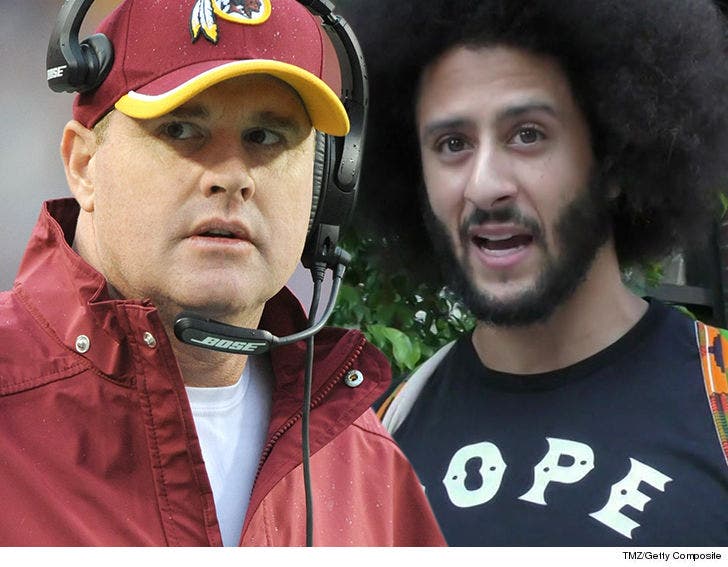 Just a day after losing their SECOND starting QB in less than a month ... Washington's coach says the team has discussed inking Kaep -- but then revealed they probably won't.

"[There's] not a lot of time to get a brand new QB and a system installed and taught in a couple days," Gruden said on a conference call with reporters Tuesday.

"He's been talked about and discussed, but we'll probably go in a different direction."

Of course ... the 'Skins lost Alex Smith to a gruesome injury back on Nov. 18 -- but passed on signing Kaepernick the following week in favor of adding Mark Sanchez.

But ... on "Monday Night Football" -- the Redskins lost yet another starter when Colt McCoy broke his fibula -- and now say Kaepernick's back in play.

Gruden says the team will have a workout with QBs later this afternoon ... though it's unclear if Kaepernick will be a part of those.

Back in November, after Smith's injury ... the 'Skins reportedly worked out EJ Manuel, Josh Johnson and T.J. Yates before going with Sanchez. 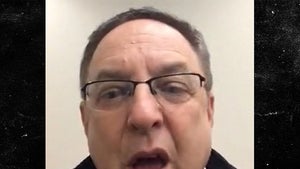 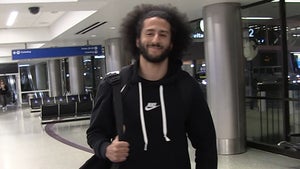