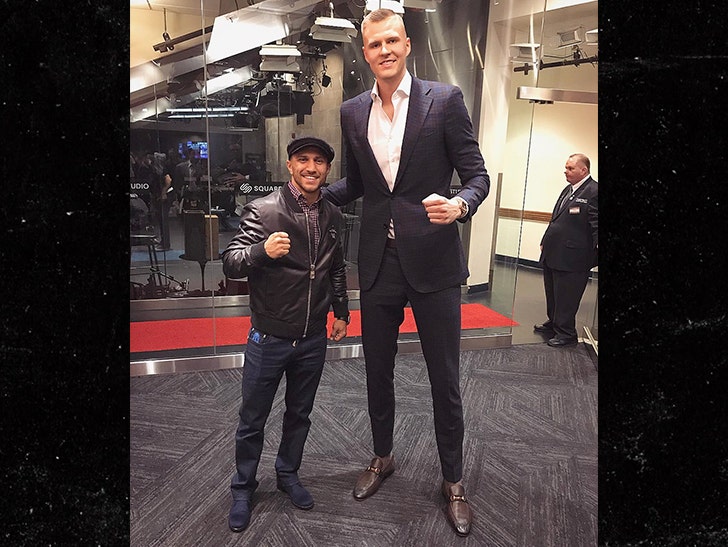 And, when they get together, they look like cover of the "Twins" VHS box.

Lomachenko is gearing up to fight Jose Pedraza on Saturday night in New York -- and ran into the Knicks star.

The picture is just fun to look at, but it begs the question ... be honest -- who wins in a street fight?

Obviously, Porzingis has the size and strength -- but Lomachenko is a beast ... the best pound-for-pound fighter on the planet and a legit boxing savant.

If the two squared off in an alley ... KP would have to try to smother Loma -- and the challenge for the boxer would be trying to hit Porzingis in a spot that would actually cause damage.

We've seen Porzingis show off his fighting skills before -- getting into it with Marquese Chriss during an NBA game back in 2016. He's definitely got some fight in him ...

He's a 2-time Olympic gold medalist and a champion in 3 different weight classes. 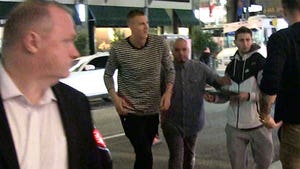