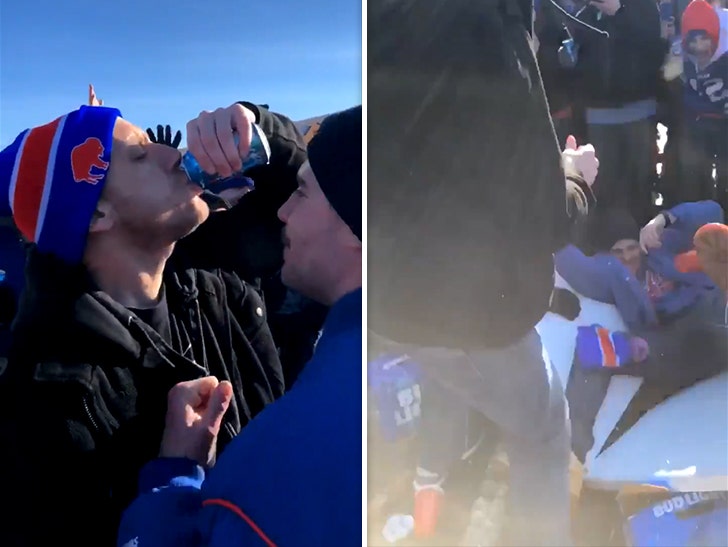 Wiener-eating champ Joey Chestnut chugged beer and slammed some dude through a table Sunday ... officially becoming a new member of #BillsMafia -- and the video is epic.

It all went down in the New Era Field parking lot before the Bills took on the Jets -- when Chestnut showed up to the most infamous tailgate in the NFL.

J.C. -- who crushed 74 dogs at the 2018 Nathan's Hot Dog Eating Contest -- was clearly wasted ... but that didn't stop him from pounding a Bud Light and throwing a grown man through a plastic table.

Unclear why Joey was there ... the guy is from Northern California and doesn't seem to have any ties to the Bills -- but looks like he fits right in with Buffalo's rowdy crowd anyway.

BTW, the Bills ended up losing the game, 27-23 ... but hey, they're still undefeated in pregame tailgates this season! 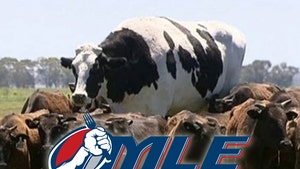 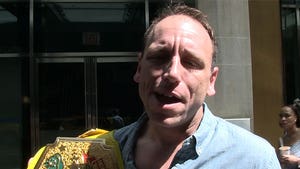