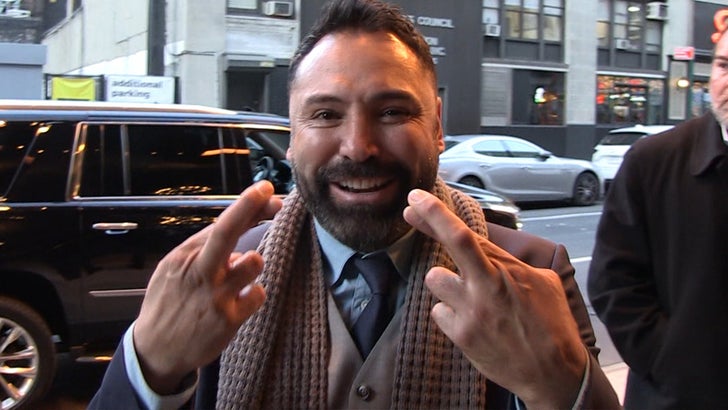 Oscar confirmed that Golden Boy Promotions has locked up T-Mobile Arena in Vegas for Canelo to fight on May 4 -- but said he's not ready to announce the opponent.

When we asked if he was gunning for Gennady Golovkin, Oscar downplayed it.

But, he did assure us a 3rd fight is coming -- whenever Canelo feels like it.

Canelo and GGG have fought twice before. The first fight ended in a draw. Canelo took the rematch in a controversial decision.

Oscar said there are other fighters in the mix for Canelo as well -- including Daniel Jacobs, Billy Joe Saunders and the Charlo brothers.

First up is Rocky Fielding -- and Oscar says he expects nothing short of a knockout. 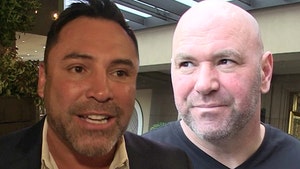